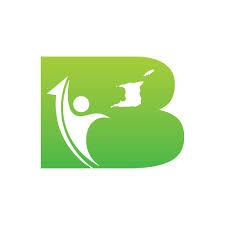 The community demanded the State Bank of Pakistan (SBP) to review its decision and to abolish the Saturday holiday forthwith.

The apprehensions were raised during a traders’ and industrialists meeting that was chaired by Sarhad Chamber of Commerce and Industry (SCCI) Hasnain Khurshid Ahmad, held here at Chamber’s House on Thursday.

Hasnain Khurshid noted the country’s economy is rapidly leading toward downgrading, which is mostly dependent on exports and foreign exchange reserves.

On the other hand, he said it is witnessing sluggish trends in businesses, trade and exports in the aftermath of several novel coronavirus waves in the country generally and particularly in Khyber Pakhtunkhwa.

The SCCI chief went on to say that the restoration of commercial banks Saturday’s holiday in such a depressing economic conditions and scenario couldn’t be affordable for businesses, trade and economy.

He said the central bank decision’s limit business and trade activities on Saturday has created severe difficulties for the business community and also created a great unrest among them.

Mr Khurshid asked the present government that if it has desired to restore Covid-19 hit economy, lower the increasing trade deficit, enhancement in country’s export and accelerating in trade and commercial activities, so to issue instructions to SBP for immediately taking back its decision regarding restoration of Saturday’s holiday for employees of bank.

He emphasized the commercial banks should remain operational on Saturday.

He called upon the government, SBP and national financial institutions to revisit their economic policies.

Otherwise, he warned that Pakistan may face a Sri Lanka like situation, which is presently plunged into severe economic crunch and went into complete default on all foreign debts, that is touching $51 billion as per media reports.

Furthermore, he expressed high worrisome over the present economic depressing figures, which according to him, are not promising and indicating about a new financial crisis in the country, which as result of inconsistency in economic policies, escalating dollar rate against Pakistan rupee, reduction in exports, uncertain in local as well as foreign investors, mistrust among business community and unfeasible environment for trade and economic activities.

Hasnain Khurshid urged the federal government, SBP and other national financial institutions to devise a holistic economic recovery agenda/plan and avoid taking such initiatives that could be proved harmful for trade and business and to bring negative impacts on the national economy.