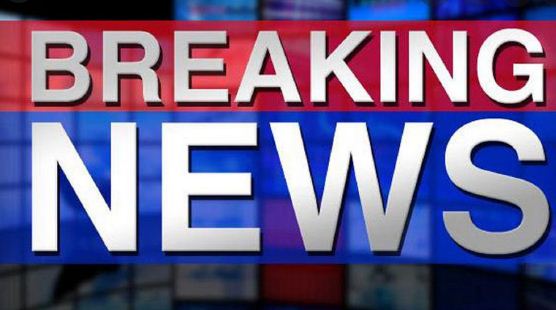 Islamabad: /DNA/ – ‘Whether it was a resurgence or a recognition of religion in international politics of South Asia, the politicization of religion per se was an existential threat to pluralist thoughts in society, say panelists at a webinar organized by the Institute of Regional Studies. On a prescriptive note, scholars from Germany, Australia, the US, and Pakistan called for a greater understanding of ‘others’ to seed religious tolerance in the region.

Speaking on the occasion, Dr. Christian Wagner, Senior Fellow at German Institute for International and Security Affairs, said that religion as a concept was inherently ambivalent, adding that, in South Asia particularly the nation-building processes more often have been oscillating between ethnicity and religion. Quoting Bangladesh’s example, Dr. Wagner argued that religion couldn’t bridge ethnic and linguistic differences between east and west, even though it was the founding pillar of Pakistan. Also argued that most of the wars in South Asia were mainly fought on territorial claims, adding that even in dispute settlements neither at national nor at the international level, religion was a negotiation leverage. Rulers, whether democratic or authoritarian, however, tended to instrumentalize religion to legitimatize their authority, he said adding that the outcome was disastrous as sometimes it backfired. The killings of Indra Gandhi and PM Bandra of Sri Lanka were the glaring examples, said Dr. Wagner. On religious political parties, he stated that despite large gatherings they could not get public support in terms of higher voter turnout, added that people generally tend to vote for non-religious parties especially in Pakistan.

In line with Wagner’s thesis, Senator (r) Javed Jabbar argued that in Pakistan ‘neither any religious group had ever direct political power nor was there any prospect’. ‘The history of Pakistan was being portrayed in a distorted way’, he lamented. To argue, he apprised the audience about Jinnah’s unhappiness with Gandhi for bringing religion into politics. Further argued that international relations of Pakistan were conducted on fine lines of the international political system, for example, ‘our recognition of China, a communist state, our strategic relationship with the US and even with India until 5th of August, was based on realpolitik. On the issue of Islamophobia, he said that ‘it was rooted in ignorance about Islam’. He regretted that ‘even highly educated advanced countries, have not been able to understand other religions with the respect they deserve’. He urged ‘for a far more intensive and sustained campaign by states and civil societies to alter how people perceive the role of religion’.

In contrast to Dr. Wagner and Senator (r) Jabbar, Professor Samina Yasmeen of the University of Western Australia, Perth presented an entirely different view. Her thesis was based on the assertion that there was an increasing acknowledgment of religion at the world level. Since religion was the very basis of the partition of the subcontinent, Pakistan was largely seen from this religious identity in regional and global politics’ she said. Further continued saying that particularly after the 1980s, ‘the government consciously used religion to mobilize country’s Islamic identity that resulted in the creation of ‘restricted narratives’. In the case of India, the process began in the 1990s wherein Hindutva, the Hindu identity started dominating thinking and practices that resulted in the creation of the notion of ‘others’, mostly the Muslims, at a higher level than Pakistan in which mob killing was seemed to be a new normal, where any change of religious identity was treated as ‘Love Jihad’, she added. On a prescriptive note, Prof. Yasmeen called for greater understandings of Islam and the way Muslims regard their beloved Prophet (PBUH). Muslims, on their part, also respect other religious communities, she emphasized.

Speaking on the subject, Michael Kugelman, Senior Associate for South Asia at the Woodrow Wilson Center, said that religion particularly in India under the current BJP government has turned out ‘far more muscular’ than previous BJP terms. In Nepal, ‘Some opposition voices in Nepal were calling for the restoration of Nepal’s Hindu status, he said, adding that in Sri Lanka, several policies of the government in recent months appeared to be somewhat communal such as shutting down religious schools and banning Burqa (veils). In Bangladesh, he said that Ashadul Islam’s party has become increasingly vocal and active. Similarly, in Pakistan, religious parties were making inroads into politics, he added. These all together resulted in the sharp rise of regional communal tensions in South Asia. In the end, Mr. Kugelman stressed the need to promote religious tolerance in the region, which he thought, ‘was also one of the great global problems of our times and it could play out everywhere including in the US’.