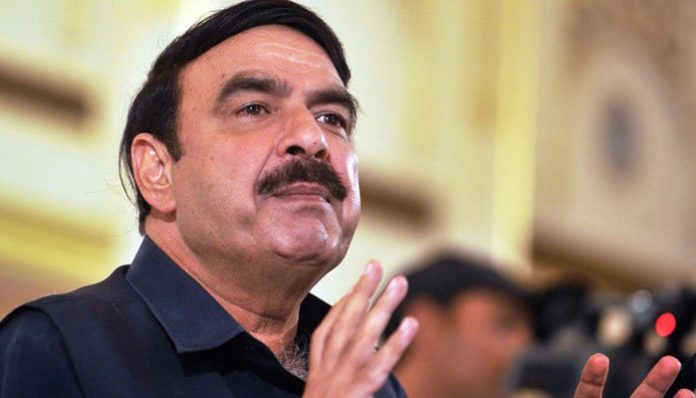 ISLAMABAD: Former interior minister Sheikh Rashid on Friday claimed that ex-premier and PML-N supremo Nawaz Sharif is not coming to Pakistan under a secret deal struck in London,

The comments from the Awami Muslim League chief came after several PML-N leaders said that Nawaz Sharif will return “soon” to the country but no one gave a specific date.

Speaking on the occasion, the former interior minister said the closure of markets and shops at 7pm would be an “economic death knell” for shopkeepers, for which the current “imported” government would be responsible.

The government is mulling limiting business hours as part if its energy conservation plan due to soaring oil prices.

Sheikh Rashid pointed out that the rupee had depreciated to 210 to a dollar while it was trading at 220 to a dollar in Hawala. He warned that the finance minister was about to give “another shot” of a price hike to the nation.

The AML chief further said the US ambassador has arrived in the country and the Chinese ambassador has left. India, he added, was demolishing the homes of Muslims, while the government intended to open trade with it.

In this scenario, he continued, Imran Khan is the “only popular leader” in the country, while the one-dozen political parties in the ruling coalition have fallen out of public favour.

“Only Imran Khan has touched the hearts and minds of the people,” he said.

These one dozen parties are “digging their own political graves”, he added.

“The current imported government is another name for vested interests. This is a conglomerate of thieves,” he said.