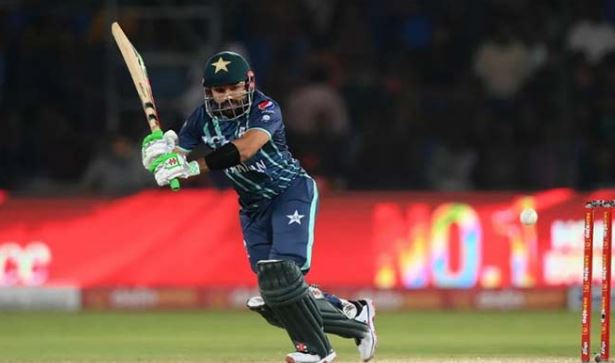 KARACHI – In-form opener Mohammad Rizwan struck 88 to help Pakistan to 166-4 in the fourth Twenty20 international against England in Karachi on Sunday.

Rizwan s 67-ball knock had nine boundaries and a six after Pakistan were sent in to bat by England before a packed National stadium.

Rizwan put on 97 for the opening wicket with Babar Azam (36) but England pulled back the scoring rate once the Pakistan skipper holed out to spinner Liam Dawson in the 12th over.

Rizwan then added 52 for the second with Shan Masood (21) but David Willey dismissed Masood while Topley had Khushdil Shah for two to further hit the home team.

Rizwan was finally caught off in the 19th over off Topley who finished with 2-37.

Asif Ali smashed two sixes in the final over of the innings to give the total some respectability for Pakistan who with this match became the first team to play 200 T20Is.

England, who are on their first tour of Pakistan for 17 years, lead the seven-match series 2-1.

England made three changes from the last game. Alex Hales and David Willey came into the side while Olly Stone was handed his international T20 debut.