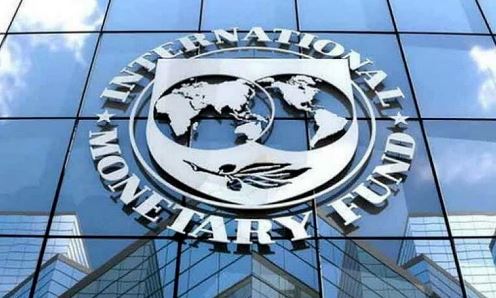 It is necessary to place HR in a political and economic context in order to understand their global operation. The central position of HR in international law and politics is the result of gradual development following the Second World War. When the UN was founded, rights were not central to the idea of international order and the focus was on the co-operation between sovereign nations. As the UN system developed, the UDHR and the subsequent Conventions were seen as placing limits on the sovereignty of states. Indeed, in more recent years, HR have been linked to a vision of international development that place obligations on the developed countries to assist the social and economic development of poorer nations. HR have thus become central in articulating an international legal order committed to social and economic justice and have become an essential part of the management of the world economy.

The IMF, the WTO and the World Bank are institutions of international law that were created by treaties. The WTO regulates and encourages world trade, and the IMF and the World Bank both regulate world finance, make loans to nations and assist in the economic development of poorer nations. The Articles of Agreement for the World Bank and the IMF were drawn up and adopted at Bretton Woods in 1944. Their objectives were to provide finance for the reconstruction of the post-War world, but both institutions have become increasingly involved in the economic development of the Third World. The World Bank provides low-interest loans, interest-free credit and grants to developing countries, as well as loans to higher income developing countries. The WB provides an essential source of finance to poorer countries who are either unable to borrow money in international markets, or can only do so at high interest. In the past the WB operated on the basis that economic goals such as the relief of poverty were strictly separate from HR, but it now argues that HR are an essential part of the economic development of poorer countries. Furthermore, rights themselves are only considered possible within developed economies, in that they are product of people organised through government. For example, many public services will only reach the poor if governments are both capable of delivering them, and do so without the obstacles of corruption; laws created to end child labor will be more effective in economic conditions that allow families to live off of the incomes of parents; and legal rights are better pursued in effective court systems.

The IMF’s Articles of Agreement indicate that it is directed to manage world financial systems. Its powers extend over international monetary co-operation, the maintenance of orderly exchange rate arrangements and the facilitation of world trade. A balanced growth of international trade will achieve high levels of employment, real income and the development of national economies. Another central task of the Fund is to offer ‘temporary’ financial help with ‘adequate safeguards’ to member nations having difficulties with balance of payments. The safeguards must ensure that the overriding objectives of international stability are achieved. Like the World Bank, these are first of all economic objectives. If one looks below the surface, however, all of the IMF’s activities contribute directly or indirectly to reducing poverty and fostering human rights. Macroeconomic imbalances and high inflation are detrimental to the poor. The wealthy are partly protected against inflation because they own assets, whose prices rise during inflationary periods. The poor often have their real earnings eroded because prices may rise faster than wages. Moreover, inflation contributes to the misallocation of resources, which hampers economic growth and employment (Leite, 2001).This argument is similar to the one put forward by the World Bank. Trade may promote growth, and a rise in living standards. If this is coupled with a well-managed economy, a nation should be able to ‘create an environment that supports poverty reduction’. Indeed, poverty reduction can be thought of as a precondition for a human rights culture. The IMF understands its task in helping poorer countries by ensuring that economic concerns are linked to the creation of ‘better governance’ structures. For instance, a right to property would be vital in securing investment in a country. Investors would have to be sure that their investments were safe, and that the courts of that country would use the law to ensure that protection. Thus a functioning legal system is a precondition for the attraction of foreign investments that would aid in the development of a nation’s economic prosperity.The WTO aims to regulate and co-ordinate world trade. It is a forum for negotiation between nations in relation to trading matters, and it also provides a dispute resolution mechanism. A number of key principles run through the agreements that the WTO oversees relating to the foundation and perpetuation of a multilateral trading system. Three principles are fundamental: (i) trade without discrimination: nations must treat their trading partners with equality; (ii) imported and locally produced goods must be treated equally with regard to tariffs and taxation; (iii) ongoing negotiations towards the realization of free trade is in the interests of all nations.

WTO take into account human rights obligations in regulating world trade? As Mary Robinson has argued that the world’s economic system and human rights law have tended to develop separately from each other. For example, intellectual property rules have led directly or indirectly to the exclusion of many people from access to essential medicines, notably those needed by the developing world to inhibit the spread of HIV/AIDS, malaria and TB. Similarly, in many countries policies that promote the privatization of public services have made it more difficult for people to send their children to school, to secure safe drinking water, and to have access to health care. These failures have undermined the legitimacy of national and global political institutions, and impacted negatively on the quality of life of millions of people.Mary Robinson points out that both international HR law and international trade law seek to improve standards of living.Although the primary objectives of these institutions are oriented towards the management of world trade and the world economy, they have begun to appreciate in different ways that human rights form a part of their remit.

The IMF and the World Bank finance loans to aid the development of the economies of the world’s poorer nations. Human rights have increasingly come to be appreciated as central to economic well-being. Human rights are seen as an element in a broad approach to re-structuring economies. One way in which a government can be assessed in terms of its efficiency is the extent to which it has a functioning legal system that protects human rights. From the perspective of the WTO, there is a similar sense that rights and trade are not incompatible. One could consider, for example, the negotiations of the WTO in the area of anti-HIV/AIDS medicines and intellectual property rights.