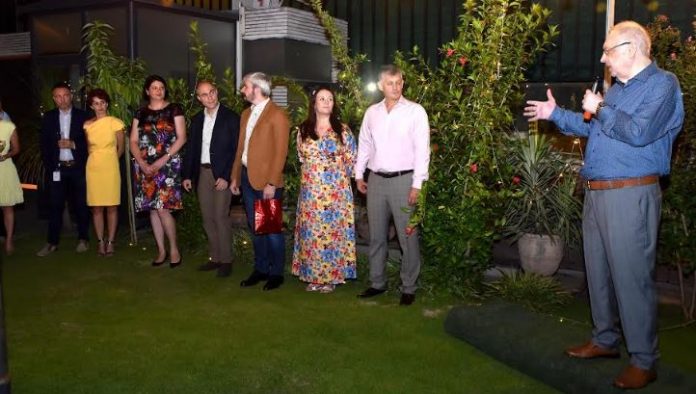 ISLAMABAD: Ambassador of Romania Nicolae Goia hosted a farewell reception for the outgoing Defence Attache Col. LENOARD VEZA and his wife. The Romanian DA is leaving Pakistan after spending four years here, for his next posting.

The Romanian ambassador in his speech praised services of the outgoing defence attaché adding his absence shall be greatly felt by the embassy staff and his colleagues in Islamabad.

Ambassador Nicolae further said during past four years he not only developed professional relationship with Col Veza but they became good friends as well. He wished him success in all his future postings.

The Ambassador also briefly talked about the Russian invasion of Ukraine saying Russia had not grounds to attack Ukraine. He said Romania is also celebrating 15 years of its membership of the European Union and 160 years of creation of the Ministry of Foreign Affairs of Romania.

The ambassador also welcomed the new Defnece Attache Colonel Cristian Raducu . He assured him of his full support during his stay in Pakistan. Defnece Attaches of various countries attended the reception. The guests were served with traditional Romanian as well Pakistani cuisines.