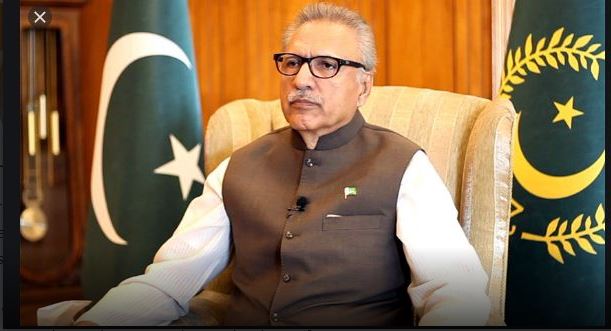 ISLAMABAD: Federal Tax Ombudsman Dr. Asif Mahmood Jah has unearthed a bog Scam of selling Sugar to unregistered buyers. An Own Motion Investigation was based on an in-house “Sector Analysis Exercise”, and aimed at hitherto Un-Registered / Non-NTN Holders / Non-Filers, who had been buying huge quantities of sugar from sugar mills / manufacturers. Bottom line of the instant OM was the fact that sugar sector was one of the major sectors of the economy wherein a huge chunk of un-registered persons was available for Broadening of Tax Base. As that low hanging fruit had yet not been harvested therefore those un-registered buyers, despite making huge monetary transactions, thus far mostly remained outside the Tax net. The FBR’s failure to tap the potential of that segment was mainly embedded in an operational/ procedural paradox, whereby LTOs which hold jurisdiction over Sugar Mills & access to buyers’ data were not obligated with the Broadening of Tax Base and the RTOS which had to shoulder the responsibility of Broadening had no access to that vitally important data of Unregistered Persons. In addition, the lackluster audits, compromised enforcement and non-implementation of relevant law and rules were few other negatively contributing factors shielding those high potential Unregistered Persons due to inattention and in efficiency of field formation.

These Unregistered Buyers being wholesaler, dealer or distributor were required to be registered under Sales Tax irrespective of value of turnover/ supplies in lenns of Section 14(e) of Sales Tax Act 1990. Further, those Unregistered Persons/Entities were easily identifiable because sugar mills are required to maintain records of supplies made during the Tax period and issue Tax Invoices indicating’ name, address, description, quantity, value of goods, CNIC or NTN of the unregistered person Lo whom supplies were made and the amount of the Tax charged under Section 22 & 23 of Sales Tax Act 1990. Above all, being a private limited company, it was bound to maintain complete record of all transactions under SECPs Regulations, Sales Tax Act 1990 and Income Tax Ordinance 2001.

Mis Naudero Sugar Mills (Pvt) Limited was a private limited company incorporated in Pakistan and was engaged in the manufacturing and marketing of refined sugar & other allied products. It had been observed that bulk of its sale was being made to the Unregistered Persons/ Non-NTN Holders / Non-Filers, who were liable to be registered in the Sales Tax as well as in Income Tax but despite making huge monetary transactions those potential investors, went scot free without disclosing their identity and remain outside the Tax Net.

The learned Federal Tax Ombudsman called the comments of the Secretary, Revenue Division, Islamabad regarding the details of the Unregistered Buyers as per special Tax Year 2018, 2019, 2020 & 2021. As can be observed from the above data that sugar worth of Rs.2.708 Billion was supplied to various unregistered buyers in last four years and only three buyers hold NTN and in Active Taxpayers’ List. The DR was specifically asked to explain the negligence in collecting data related to unregistered persons involved in transactions of billions of Rupees during “Withholding audit normal regular audit, or through enforcement of withholding statements under Section 2360 & H by invoking provision of Section 165(28) or simply requisitioning with the help of Section 176 of the Ordinance, for the purpose of broadening of Tax Bose. The DR could not provide any concrete explanation except contending that as LTOS deals with Large Taxpayers thus only try to meet the huge budgetary targets by handling cases of corporate giants and multinational companies therefore, due attention could not be paid to the Broadening of Tax Base (BTB).

Considering the respective stances, the learned Federal Tax Ombudsman proceeded to pass the above mentioned order. Hence, the representation by the FBR.

“It is admitted that field formations which, hold jurisdiction over Sugar Mills and could enforce complete identifiable particulars of all buyers through the legal means still they have miserably failed securing the said data.

In the circumstances of the case, it is observed that the recommendations of the learned FTO made on Own Motion Investigation are only reiteration about the duty/ obligation of the Departmental Authority to strictly deal with the unregistered/non-filer sugar dealers/traders in order to bring them under Tax Net for Broadening of Tax Base. During the course of hearing, the Departmental Representative (DR) has intimated that the concerned authorities have already taken requisite steps regarding collection of maximum Taxes/Levies from the sugar dealers/traders, bringing unregistered/non-filers under Tax Net, initiating necessary measures for Breading of Tax Base and curbing of Benami Transactions. Moreover, they have comprehensive data base relating to sugar production, its sale/purchase and its dealers/traders (registered/ un-registered) which will be submitted to the FTO’s Secretariat along with implementation report.

This is a single case of Naudero Sugar Mills but the same policy must be applied in the entire sugar sector to increase compliance wiU1 taxes and to enroll those who are escaping the prime national responsibility of paying taxes. Accordingly, the Hon’ble President, as per his decision above, has been pleased to dispose of the instant representation of the FBR.