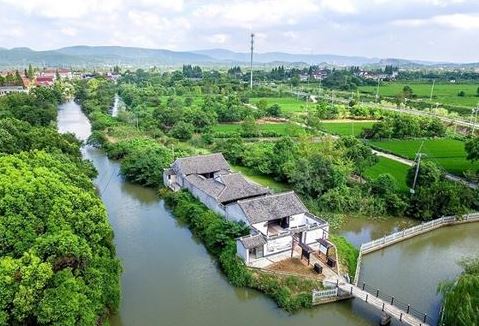 Rural museums are sprouting in the vast countryside of China due to a “cultural museum fever” that swept the country in recent years.

Donghong village in Jianghai district, Jiangmen city, south China’s Guangdong province has a long history, and is home to over 600 residential buildings that were built more than 100 years ago.

The 2.2-square-kilometer village has eight rural museums, which collect old stuffs to showcase local farming culture and traditional folk customs, such as rice pounders, fishingboats, spinning wheels, and kerosene lamps. These museums have turned such old stuffs into wealth and are a witness to the village’s history and traditions.

To the east of the east section of Chaoshan mountain scenic area in Hangzhou, east China’s Zhejiang province, there are three Hui Style architectures built in the Qing Dynasty (1644-1911) and Ming Dynasty (1368-1644). They belong to a museum that collects over 6,000 traditional pastry moulds. The museum was listed by authorities as one of the first rural museums in the province.

Apart from common wooden pastry moulds, it also collects those made of porcelain, as well as stone ones manufactured in the Southern Tang Dynasty (937-975).

The exhibits explain the close relationship between pastry moulds and local customs, the development of pastry moulds, and pastry mould cultures in different regions.

On the second floor of the museum, there are two rooms where visitors can make traditional Chinese cakes. The museum hosts pastry-making activities on every important traditional Chinese festival, such as the Mid-Autumn Festival and the Chongyang Festival, or the Seniors’ Day.

Besides, the museum has also set up a sub-venue at a local primary school that offers relevant courses for students, presenting local customs and the charm of the pastry mould culture.

Citing the Chinese saying that “The trait of folks is determined by the local environment,” An Laishun, vice president of the International Council of Museums and professor with Shanghai University, noted that rural museums are different from the archaeological and art museums in cities, as they focus on agriculture, rural areas, and farmers, and thus help enhance farmers’ recognition for local culture and create a more harmonious atmosphere in the countryside.

He said rural museums are a bond linking rural residents, as well as a platform driving the development of relevant sectors. The construction of such museums and relevant activities can make rural tourism more attractive, spur local economic development, and increase farmers’ income, thus boosting rural vitalization, An added.

Experts said the document pointed out some problems bothering the development of rural museums, such as museums being homogeneous and lacking correlation with local cultures.

The document stressed that rural museums should have a basic display method and clear themes, and exhibitions should be diverse and carry local features.

An believes that in order to achieve long-term and sound development, rural museums must draw social participation and integrate with other local cultural resources.

Hou Xiaolei, professor with the School of Architecture, Central Academy of Fine Arts, noted that farmers must take the initiative to vitalize rural ecology, economy, and social development.

“A multi-party mechanism should be established for the operation of rural museums, covering government funding, social donations, self-raised funds by museums, and special funds. This mechanism will create jobs for farmers and promote livelihood development,” Hou said.