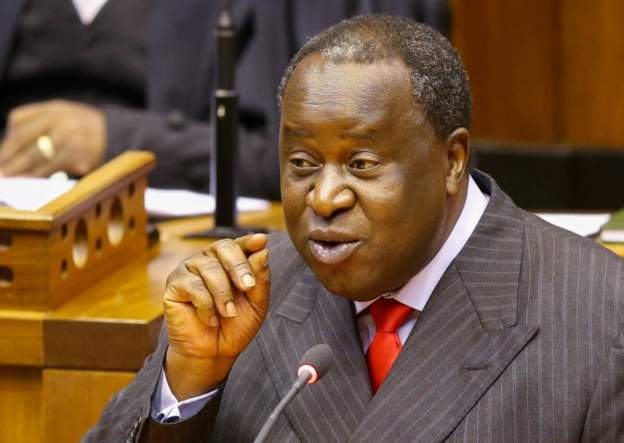 It is the first time since the end of apartheid that the country’s budget has been revised in the middle of a financial year.

The GDP is set to contract by 7.2% in 2020, the largest reduction in almost a hundred years, and up to 1.8 million jobs could be lost this year.

Mr Mboweni told parliament that the government will borrow about $7bn (£5.6bn) from multilateral lenders to support its response to the coronavirus pandemic.

The funds will help pay for the $30bn Covid-19 relief fund announced by President Cyril Ramaphosa in April.

Mr Mboweni’s emergency budget laid bare the perilous economic situation the country finds itself in. Total national debt is projected to reach nearly 82% of GDP this year, and tax revenues will be more than $17bn below target.

Nearly three months of lockdown has hampered tax collection and economic activity has been severely restricted.

Unemployment figures released on Tuesday showed that joblessness had risen to 30% and Mr Mboweni said the state will spend over $5bn to create jobs.

He also said government-led infrastructure programmes will be crucial in navigating the crisis.