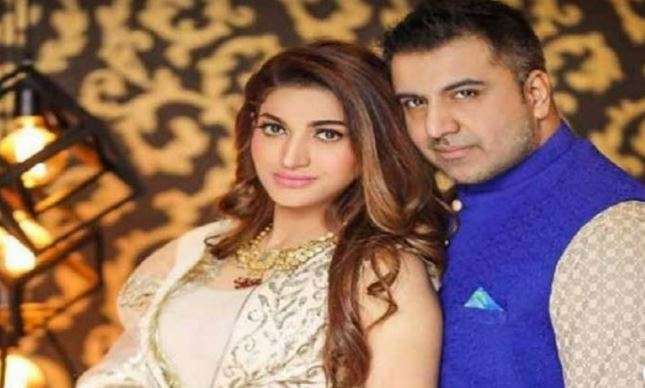 LAHORE, OCT 15: – Pakistani actress Sana Fakhar and her husband Fakhar Jaffri have parted ways. Taking to Instagram to announce their breakup, she said sometimes it is important to let go because though it hurts, it hurts less than holding on. “Breakups hurt but sometimes, breaking a relationship is so mandatory to save yourself from breaking so much. With all due respect, me and Fakhar, after several years of marriage through highs and lows, have decided to take separate paths. It’s heartbreaking but… I strongly believe that God has better plans for both of us. All the best Fakhar Jaffri,” she wrote.

Jaffri updated his Instagram as well with a separate post. Sharing a photo of them together, he wrote, “Life takes us to some point where even two love birds take there own ways ..it won’t b easy without you and never will all I want to say u We’R and u are the best person I ever flew with b God with you all the best Sana Fakhar [sic].”

Many dropped down in Sana’s comment section to send their love and prayers to the Qayamat actor including models Mathira and Nadia Hussain, and actors Azfar Rehman, Saba Faisal, Aslan Faisal and Ushna Shah.

Sana and Jaffri tied the knot in 2008 and have two sons together. They were embroiled in a controversy last year when the “Wrong No.2” actor shared a photo of herself kissing her husband. Many made a married couple’s PDA their personal business and lashed out. In response, Sana laughed off the comments, appearing completely unperturbed by the intrusive commentary on the pictures.