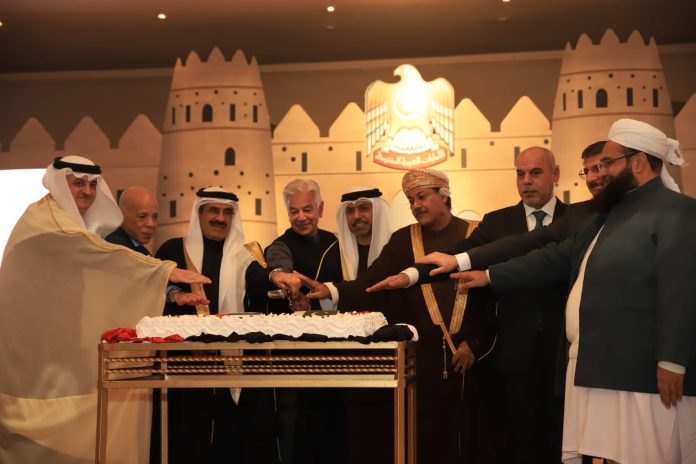 He remarked that the development of the region, economic prosperity and promotion of peace was our common vision. Pakistan-UAE fraternal relations encompass multilateral cooperation. The bond of brotherhood and trust is further strengthened by the shared religious and cultural ties.

In his message, the Chairman Senate underlined that exemplary cooperation in international forums reflects the trust and respect between Pakistan and UAE. We need to focus on accelerating the exchange of high-level delegations and further enhancing trade activities to further strengthen these ties and create an atmosphere of brotherhood.

He said that the exemplary friendship between Pakistan and UAE has stood the test of time. The Chairman Senate extends his best wishes and prayers for new achievements and development for UAE and Pakistan. Long live Pakistan-UAE friendship.