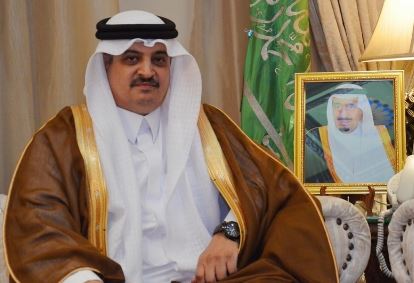 The event shall continue till December 9 in which a food gala, book fair, speeches, media hunt, arts exhibition, competitions of Qirat & Naat and Mushaira are being organized.

On the first day, a book fair, flower exhibition and food festivals were organized. The Inaugural ceremony was also joined by Chairman Higher Education Commission (HEC) Dr. Mukhatar Ahmed, IIU President Dr. Hathal Homoud Alotaibi, diplomats of KSA and other Muslim countries, Vice Presidents of the university, Deans, DGs, Students Advisors, Provosts and a large number of students at both the campuses.

Speaking on the occasion, the KSA Ambassador said that the extravaganza 2022 is a true picture of the university’s Islamic and International character.  He said these activities that have been organized by the university in such an organized manner will provide a platform to the youth to showcase talent and utilize their energies.

He said Islam is a religion of peace and this is the message that we can disseminate through educational institutions and youth. He said IIUI has a special role in nurturing the Muslim youth in the light of the Islamic teachings.  Talking about the Pak Saudi relations, he said both countries have deep rooted brethren ties that are historic. He said university is an omen of strong times between KSA and Pakistan.

Dr. Mukhtar Ahmed in his address said universities are vital across the world as every nation’s progress is dependent on higher education institutions. He said the government is keen to make the youth compatible and competitive according to modern needs so that young minds may contribute to the socio economic progress of the country. We in the education sector have to impart knowledge and we have to integrate with the society, said Chairman HEC.

He added that universities must operate according to the needs of society. IIUI has made a tremendous chain of activities that deserves appreciation. Dr. Mukhtar opined that universities must address the societal requirements like IIUI adding that IIUI is heading towards the right direction. He added that we must shift towards the technologies and we must not be hesitant to opt for modern ways of education. It is time to pay back to society according to its needs, he said.

Dr. Hathal Homoud Alotaibi said that the university is keen to focus on the needs of society and we are making all our efforts to bring youth towards the initiatives that may pay back to the society.

He said university has a clear idea that youth is the biggest agent of change and this extravaganza is an example as in dozens of events we have brought various platforms for the young talented students to shine and serve the society and humanity.

He said students are the top priority of IIUI management that  is why it  is going to launch a facilitation centre for the students. IIUI President specially thanked the Custodian of Two Holy Mosques for the continuous financial support of IIUI.

Earlier, Vice President Female campus Dr. Samina Malik said that the university under the leadership of Dr. Hathal is working hard to prosper and shine and results are now on our doors as university has outshined in the rankings and performance report has already been published.

The chief guest visited food stalls of the students of various countries who had come with cultural cuisines and famous sweet dishes of their respective countries.

Later, IIUI President also inaugurated the calligraphy exhibition set up by the department of Islamic Arts and Architecture. Famous calligrapher Rasheed Butt was the chief guest of the exhibition.