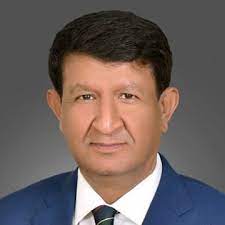 Saudi Arabia and China have shared interests in economic development, regional security and a multipolar world order. China’s global Belt and Road Initiative and Saudi Arabia’s Vision 2030 reflect these mutual aspirations, which are expected to receive impetus during President Xi Jinping’s forthcoming visit to the Kingdom.

On this occasion, the Chinese leader will also attend the first ever Arab-China summit, which is likely to boost Beijing’s economic relationships with several other Arab nations, particularly in the Gulf. It is, however, the expected progress of six years of Sino-Saudi “comprehensive strategic partnership” that will matter the most.

There is already extraordinary synergy between the Belt and Road Initiative and Vision 2030, both in spirit and scope. The two strategic plans represent major success stories of formidable socioeconomic development in a world gripped by a deep economic crisis, which has equally impacted the developed nations of Europe and North America.

China’s initiative has extended the fruits of its development to well over 150 countries in Asia, Africa and Latin America since its launch in 2013.

President Xi’s global vision of “shared destiny” seeks to meet their infrastructure and energy needs as a means to promote a global free trade regime that respects the diversity of local politics and cultures.

Saudi Arabia’s value to Belt and Road lies in its geographic location between Asia and Africa and its proximity to strategic sea lanes.

Vision 2030, unveiled by Crown Prince Mohammed bin Salman in 2016, has transformed Saudi Arabia socially and helped to diversify its economy away from oil through investments in other vital sectors, such as services, tourism, technology and renewable energy.

It seeks to make the Kingdom a hub of international trade, tourism and investment. While the post-pandemic economic recovery has geared up progress in Vision projects like NEOM city, integrating the Saudi economy with the Belt and Road Initiative is crucial to achieving this strategic goal.

The comprehensive strategic partnership between Saudi Arabia and China, which began with Xi’s last visit to the Kingdom in 2016, was preceded by steady growth in energy-centric relations. Each year since then has seen greater alignment between the Belt and Road and Vision 2030, as well as rapid progress in bilateral cooperation in trade and investment.

Their annual bilateral trade volume was worth $87.3 billion at the end of 2021, a more than 200-fold increase since the establishment of diplomatic relations more than three decades ago.

For its part, the Kingdom has invested in or is planning to invest about $35 billion in refinery and petrochemical projects across China. This includes a major deal, inked this year, between Saudi Aramco and China’s Sinopec for cooperation in carbon capture and hydrogen technologies.

With nearly $200 billion worth of investments, the Belt and Road Initiative has, over time, expanded to the entire Arab world. This serves the Saudi interest in leading an economically integrated region.

China is also the GCC’s largest trading partner. It has concluded strategic partnership accords with the UAE, Egypt and Algeria. Just last month, Beijing signed a landmark $60 billion agreement for purchases of liquefied natural gas from Qatar over the next three decades.

Xi is visiting Saudi Arabia after securing the leadership of the ruling Chinese Communist Party for a third term. He is expected to conclude a number of agreements with Arab counterparts in non-oil sectors, such as smart and green technologies.

China is the most attractive option in this respect, especially for the $620 billion Public Investment Fund and the $190 billion Saudi Green Initiative.

Indeed, a promising future awaits the Arab world as the comprehensive strategic partnership between China and Saudi Arabia moves forward to consolidate the respective gains of the Belt and Road Initiative and Vision 2030.

It is clear from the preceding course of this partnership that the premier powers of Asia and the Arab world are interested in harnessing economic opportunities and are not bothered about buying into the binary vision of world politics being advocated by the US.

Beijing and Riyadh seek to deepen ties and advance a vision of a multipolar world in which the US no longer dominates the global order. Saudi Arabia and its Gulf and Arab allies have time and again been disappointed by successive US administrations on issues of domestic politics, regional security and global energy.

Saudi Arabia and the UAE have, therefore, firmly resisted US pressure by not taking sides in the US-China rivalry or the Ukraine war and have not compromised on the recent production cuts by the OPEC+ group of oil-producing states, which includes Russia.

China, on the other hand, has emerged as a reliable partner, with a political and economic model idealized by Arab leaderships. It adheres to the principle of noninterference and does not, therefore, link its diplomatic and economic role with issues of democracy and human rights.

It also has no imperial impulse to coerce trusted Gulf allies, as the US often does, over military support or security commitments to manage regional threats from Iran, Yemen and elsewhere.

However, Saudi Arabia and China do have a shared interest in the continuing US security commitment in the Middle East. After all, Washington is a major reason for the festering regional conflicts. It also has the necessary military wherewithal to protect vital sea lanes in the Arabian Gulf.

China, on the other hand, does not have the ability or the will to substitute the US security role. The Chinese military footprint in the region and defense ties with the Kingdom are also minimal.

The absence of a military alliance component in China’s “partnership diplomacy” keeps it out of regional rivalries. Saudi Arabia understands these geopolitical compulsions.

It has not objected to the 25-year cooperation deal, worth $400 billion, between Iran and China, which is also largely on paper. In order to supplant the declining US security role in the Gulf, Saudi Arabia will forge deeper defense ties with European powers, BRICS nations and even Turkiye to contain the danger from Iran and its proxies.

Ultimately, the future of the Sino-Saudi strategic partnership and China’s economic engagement with the Arab world will depend on the power trajectory of Beijing and Riyadh, which rests on progress in their respective strategic vision programs.

Surplus capital and production capacity will help China to expand its Belt and Road footprint in emerging markets and replace the US as the leading world economy by 2030.

This is also the deadline for Saudi Arabia to emerge as an economic powerhouse under Vision 2030.

As China’s strategic partner, G20 member and OPEC+ leader, the Kingdom will continue to seek stability in global energy markets and generate necessary revenue from energy trade, economic diversification and international investments to achieve this pivotal national goal by the end of the decade.

• Ishtiaq Ahmad is a member of the Planning Commission of Pakistan. A former journalist, he previously served as the vice chancellor at Sargodha University, Pakistan, and the Jinnah Chair at Oxford University in the UK.