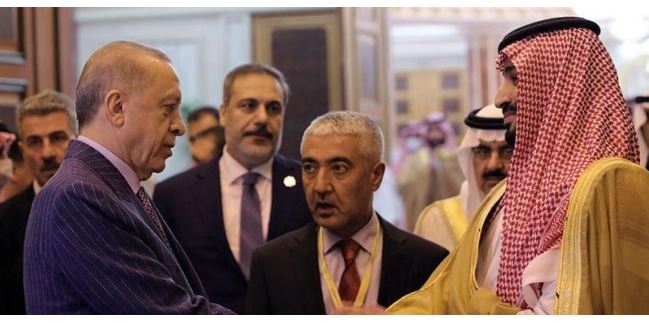 ANKARA: Saudi Crown Prince Mohammed bin Salman visits Türkiye for the first time in years on Wednesday for talks with President Recep Tayyip Erdoğan aimed at fully normalising ties that were ruptured after the murder of Saudi journalist Jamal Khashoggi.

In April, Erdoğan went to Saudi Arabia after a months-long drive to mend relations between the regional powers. He held one-on-one talks with Prince Mohammed while there, raising the possibility of Saudi investments.

Erdoğan said last week he and Prince Mohammed, Riyadh’s de facto leader, would discuss “to what much higher level” they can take ties during talks in Ankara.

The visit is expected to bring “a full normalisation and a restoration of the pre-crisis period,” a senior Turkish official told Reuters on condition of anonymity. “A new era will begin.”

Agreements on energy, economy and security would be signed during Prince Mohammed’s visit, while a plan was also in the works for Saudi funds to enter capital markets in Türkiye, the person added.

Prince Mohammed is on his first tour outside the Gulf region in over three years including a visit to Jordan.

Ties between Ankara and Riyadh cratered after a Saudi hit squad killed and dismembered Khashoggi in 2018 at the kingdom’s consulate in Istanbul.

The Turkish official said Saudi Arabia may be interested in companies within the Turkish Wealth Fund or elsewhere, or in making investments similar to those by the United Arab Emirates in recent months.

The leaders will also discuss the possible sale of Turkish armed drones to Riyadh, the person added.