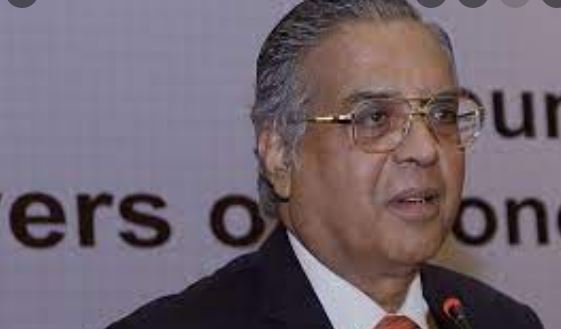 Islamabad, Feb 9: /DNA/ – Former Finance Minister Dr. Hafeez Pasha has said, the need of an autonomous State Bank was always there, as the successive governments have been intervening, in matters related to monetary policies.

He says, different governments have directly borrowed from the state bank, at different times for fiscal support. Such interventions should have been regulated.

“We brought in the concept of the fiscal and monetary policies coordination board. The idea was to work towards a common strategy in terms of our goals and in terms of actual and precise implement of the policy.”

Addressing a webinar on,”How ready is State Bank of Pakistan is to deliver its new role”, in Islamabad, he said, the new law states that informal and effective liaison between the Finance Minister and the Governor of the Central Bank is better for the institutional coordination and improvement.

The withdrawal of the fiscal and monetary policies coordination board was a disappointment. Another disappointment, he said, has been the emphasis on inflation targets alone, which should not have happen by completely sacrificing development and growth objectives.

About the IMF and its conditions, he said, some of the sector should have be exempted, for example, as housing sector (3%), the state bank raised it to 5%, with a refinancing objective. Housing sector has great advantage of being labor intensive and strong backward linkages. However, now the IMF is restricting this facility. This is where the state bank needs more precise and balanced view.

He talked about the internal capacity of the Central Bank, in context of inflation management and targeting.

Earlier, Dr Shamshad Akhtar, Chairperson, Pakistan Stock Exchange Limited, and Ex. Governor SBP, talked about, how the State Bank Act 1956 has had out lived its life and there was a need for improving it.  She explained, how the core of the law remained the same, despite four rounds of amendments.

She said, banks, insurance companies and other asset management and financial institutions are brought under the fold of the regulation and supervision of the conglomerate itself. However, during her tenure there was no conducive leadership, viewing in terms of the State Bank.

She, said, there was a very adversarial relationship between the Ministry of Finance and the Central Bank. Hence the initiative could not pass the “power corridors of Islamabad.”

About the IMF, she said, it was not supposed to interfere in sovereignty of a state, at a level, at which it is doing with Pakistan. She said, the IMF is not focused on the Ministry of Finance and does not educate the ministry on the need of a stronger Central Banks.

Low and stable prices must be a pre-condition for the growth and sustainable development of any state. Reforms will goa long way in boasting the public confidence in institutions, she said.

Dr. Hamza Ali Malik, of the UNESCAP said, the narrative on the new SBP Act is very misleading, which is eroding the credibility of SBP. It issue needs to be addressed by the State Bank. The debate instead, should have been on SBP on answering the fundamental questions, on optimal level of inflation in Pakistan. The role of monetary policy to provide a stable platform for growth and development prospects, is a time-consuming process, which is lagging from three to five years behind. This needs to e communicated to the public. There SBP should, peruse inflation target for a period of three to five years.

Within State Banks Monetary Policy Cluster, the banking, market management and research need to come up, with a uniform objective of low and stable inflation.

In the absence of a monetary-fiscal board, coordination with the government is ‘ad-hoc.’ The platform is required for a meaningful and timely information flow and exchange of information among the government bodies, such as planning commission, ministry of finance etc.

Dr. Murtaza Syed, Deputy Convener of the SBP, said, SBP amendment act 2021 is open to improvements where needed. It is very important to remember the objectives of the amendments as one, which is improving the institutional structure of the State Bank and increases its operational autonomy, in line with the global trends on central banking. The three core objectives are price stability, financial stability and growth, he said. With the recently granted autonomy, it will encapsulate accountability as well.

An environment of stable and low inflation is best for the growth of economy. The government and the state bank can come up with a coordination mechanism that doesn’t infringe on the functioning of either. SBP is planning to adopt flexible inflation targeting regime, instead of only inflation approach in conventional inflation targeting. Now when the bill stands passed, SBP is looking to engage with public more systemically and formally, to present our view.

Dr. Sajid Amin, SDPI said, SBP must take steps to clear the concerns of political leadership and public at large, through a broad based and systemic engagement. For greater transparency, the vote history of the MPC members shall be made public. A key pillar that can improve the implementation of the monetary policy is the transparent conduct and design of the policy. State bank shall adopt integrated inflation targeting, where inflation target is in concurrence with broader development agenda of the country, rather than conventional inflation targets.

This is the right time when SBP must clearly start communicating that what does a lower and stable inflation means to SBP, and how SBP plans to achieve the target level of inflation. This will help altering the inflation expectations, from higher to lower inflation.