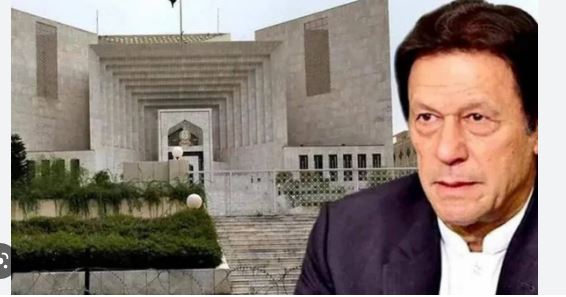 ISLAMABAD, Dec 02 (DNA): The Supreme Court (SC) on Friday adjourned the
hearing of a contempt of court case against former prime minister and
Pakistan Tehreek-e-Insaf (PTI) Chairman Imran Khan till next week.

A five-member larger bench of the SC, headed by Chief Justice Umar Ata
Bandial, conducted hearing of the case and listened to the arguments of
Imran Khan’s lawyer in response to the reply submitted by the
government.

Salman Akram Raja, lawyer for Imran Khan, argued before the court that
the government had attached old video clips in its reply which he had
already dismantled.

Justice Mazahir Ali Akbar Naqvi questioned the government’s lawyer how
the court could believe those video clips were true. “Has a forensic of
these video clips been carried out?” Lawyer Salman Butt said that the
evidence had been produced before the court, adding that the court then
could do whatever it perceived good. The chief justice Umar Ata Bandial
said when the larger bench started hearing, the long march had ended.

“Who said what? What call did one give? We have to consider all things
[before reaching a decision],” he remarked. The court then adjourned
further hearing of the case till next week.
====

The prime minister gave approval to the Faiz Hameed’s request for
premature retirement which was due in April 2023. There were earlier
reports that Faiz Hameed had decided to retire prematurely from the
service.

The development came after the appointment of General Syed Asim Munir as
Chief of the Army Staff and General Sahir Shamshad Mirza as Chairman
Joint Chiefs of Staff Committee.

Lt-General Azhar Abbas, whose name was also included in the list of six
senior Army officers forwarded to PM House for top appointments, had
also reportedly decided to take premature retirement from service.

Lt Gen Faiz Hameed, who was currently serving as commander of the
Bahawalpur Corps, was due to retire on April 30, 2023 while Lt-Gen Azhar
Abbas was serving as the Chief of General Staff (CGS) at the moment and
his retirement is due on April 27, 2023.