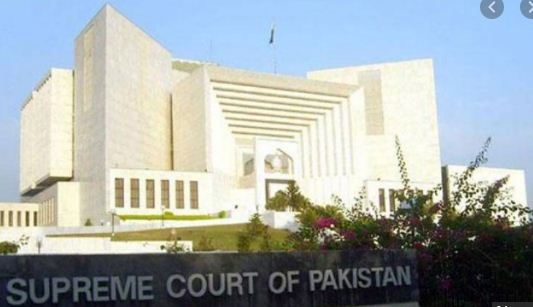 ISLAMABAD, FEB 10 (DNA) – The Supreme Court of Pakistan has directed the Attorney General of Pakistan Khalid Javed to complete his arguments regarding the procedure of Senate elections by tomorrow (Thursday).

A five-member bench of the apex court headed by Chief Justice Gulzar Ahmed hearing the presidential reference seeking the court’s advice over open ballot in the upcoming Senate election.

Top state lawyer while responding to a question of the court said that mostly people vote to the charisma of a leader but in principle they should vote to a party and its election manifesto.

“What is charismatic with the PTI,” the chief justice questioned. “Whether the people voted for a good personality and good dressing,” the top judge asked. “The vote usually given to a party and not an individual candidate,” Justice Ijaz ul Ahsan remarked.

“Publication of a party’s election manifesto is also a legal requirement,” Justice Ahsan said. Forwarding his contentions, the Attorney General said that a member voting against the party’s line could not be made accountable under the law, his or her falling from grace in public eyes is the real failure.

“Political parties, also allot their party tickets to bad fellows, but carrying bags stuffed with notes to offer is another thing,” AG argued.

“Do you think a member casting his vote against the party line is dishonest,” Justice Ahsan questioned. “It is not dishonesty but if someone votes against the party, he or she should cast it openly,” the AG replied. “A voter in Senate election doesn’t enjoy absolute freedom,” AG Khalid Javed said.

“You are giving references of Indian court verdicts,” Justice Umar Ata Bandial said. “No secret ballot clause like Article 226 is present in the Indian constitution,” Justice Bandial further said. “Indian constitution separately elaborate whether an election should be secret or not,” Attorney General replied.

Article 226 not says that all elections under the constitution should be conducted by the secret ballot vote, he further said. “Do you think the founders of the constitution were unaware of the Senate election,” chief justice questioned. “The buying and selling of votes, which exists presently, was non-existent in those days.

In 1973, they were unaware of the bags stuffed with money will change hands,” the attorney general said. “The money won’t have this role in politics if democracy remained continue,” Justice Ahsan remarked.

The court will hear the contentions of Mian Raza Rabbani after conclusion of the arguments of the attorney general, the chief justice said before adjournment of the hearing till tomorrow. The presidential reference was submitted by Attorney General of Pakistan Khalid Javed Khan after approved by President Arif Alvi under Article 186 of the Constitution. = DNA