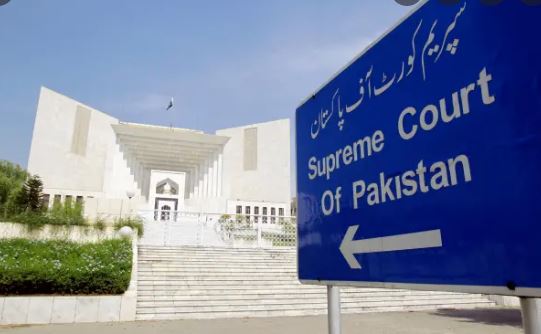 ISLAMABAD: Justice Mazhar Alam Khan Miankhel has said the Supreme Court’s opinion on the presidential reference seeking interpretation of Article 63-A which pertained to defection, was not binding upon the government.

In his dissenting note, Justice Miankhel, who will reach the age of superannuation on July 13, said that according to Article 189, any decision of the Supreme Court under articles 184, 185 or 188 (review jurisdiction) to the extent that it decides a question of law or is based on or enunciates a principle of law, is binding on all other courts in Pakistan.

“Therefore, it would be fair to say that the opinion expressed by the Supreme Court on the presidential reference under Article 186 of the constitution has no binding,” the judge wrote in his 17-page note.

Justice Miankhel observed that Article 186 provided the top court the advisory jurisdiction but was different from its jurisdiction under articles 184 and 185, which empower it to hear and decide appeals against high court orders.

He also cited the 2005 opinion of the SC in the Hisba Bill presidential reference in which a nine-judge bench headed by then chief justice Iftikhar Muhammad Chaudhry had used the same expression and maintained that the advisory jurisdiction of the apex court was definitely different and distinct from the jurisdiction under articles 184 and 185.