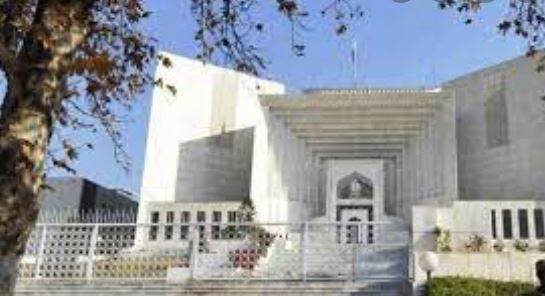 ISLAMABAD, NOV 24  (DNA) – The Supreme Court has ordered to abolish a club established on the property of the Civil Aviation Authority, allowing it to make a mess instead of the club on its premises.

The court has also barred private people from using the mess. The Supreme Court was hearing a petition against the inappropriate use of the Civil Aviation Authority land at the Karachi Registry on Wednesday.

While hearing the case, Chief Justice of Pakistan Gulzar Ahmad directed the Federal Investigation Agency to abolish the CAA club. The CJP asked the CAA DG, “What kind of business you have got involved into? All day long, you must have to attend to the club’s affairs.

Tomorrow, you will erect a club on the runway or build your house there. When did you start this kind of business?”  The DG informed the court that the CAA had started this business during 1990s. Justice Ijazul Ahsan inquired if the CAA offered membership of the club to the private people.

On which the DG’s reply was in affirmative.  It means that private people can enjoy the facilities provided by the CAA, Justice Ahsan remarked. The DG pleaded with the court that the authority should be allowed to make a mess if the court ordered to abolish the club.

In another case pertaining to illegal occupation of the CAA land and the matter regarding erecting a new terminal at Karachi airport, the apex court ordered the FIA to take action and retrieve the CAA land. It directed the investigation agency to present a report in this regard tomorrow. The court also sought a detailed report from a senior member of the Board of Revenue.

The CAA told the court that fake entries were made on its 80.6 acres of land. The FIA informed the court that it had detected entries with the name of Nabi Bakhsh but the man did not exist. = DNA