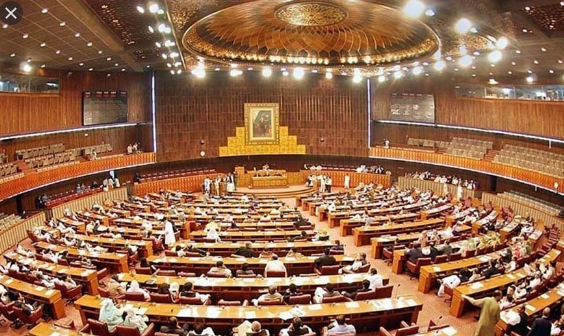 ISLAMABAD, JAN 13 (DNA) – Attorney General Khalid Javed on Wednesday resumed his arguments before the Supreme Court of Pakistan over the presidential reference about Senate elections.

The government has sought opinion of the apex court by a presidential reference seeking to conduct the Senate elections with open ballot.

“The house itself conducts elections of prime minister, chairman senate and speaker,” AG argued. A reference has been in Article 53 about the speaker’s election, he further said. The election commission also have a role in election of the president, he argued.

AG Khalid Javed further argued that Article 60 of the constitution have a reference about the election of chairman senate. “Articles 53 and 60 have been silent whether the election will be held by an open or secret ballot”, Justice Ijaz ul Ahsan remarked.

The elections of the senate and the national assembly not used to conduct under the constitution, the AG argued. “Article 26 has been clear over the matter, which says that all elections except the elections of the prime minister and chief ministers should be conducted with secret ballot.

“The elections under the law have a separate chapter and Article 226 not applied over all elections,” attorney general said. “The elections on the reserved seats could not happen if Article 226 applied for it,” the CJP observed.

The polls for the national and provincial assemblies held under the electoral representation law, the CJP said. “The parties provide their lists for representation over the reserved seats,” AG Khalid Javed said.

“The concept of independent vote is relevant with the general election. The constitution has been silent over holding senate elections by secret vote,” AG Khalid Javed further argued. “The constitution only said that the electoral procedure should be according to the law”, attorney general said.

“In Germany the political parties decide, who will be the member of the assembly,” Justice Umar Ata Bandial remarked. The country has proportional representation system,” Justice Bandial added.

“In Pakistan reserved seats are decided by the electoral procedure used in Germany,” Attorney General said. “An elected representative is responsible before the electorate and the party head,” Justice Ijaz said. “A citizen can cast vote to any candidate but not a member of provincial assembly,” AG said.

“Those elected on party ticket are bound to the party’s discipline,” AG remarked. “Following the party discipline is only restricted with the prime minister and approval of the budget,” Justice Bandial remarked. Court adjourned further proceedings on the reference till tomorrow. = DNA