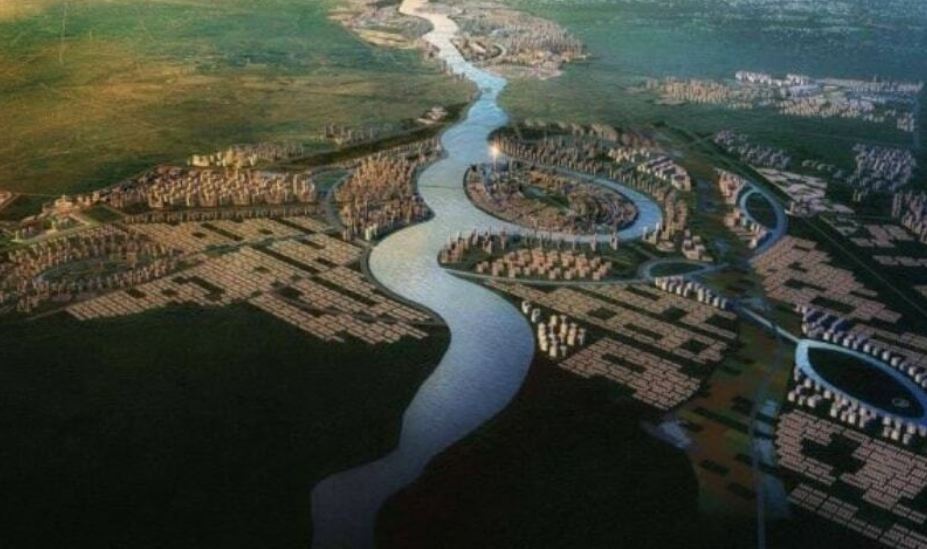 ISLAMABAD, JAN 31: The Supreme Court of Pakistan on Monday suspended the Lahore High Court’s (LHC) decision to scrap the Ravi Riv­er­front Urban Develop­ment Project and permitted the government to resume construction work on the portion of land where the owners had been compensated.

The LHC had on Jan 25 dealt a blow to the government’s plan by declaring several provisions of the Ravi Urban Development Authority (Ruda) Act 2020 unconstitutional.

Subsequently, Prime Minister Imran Khan had said that his government’s legal team could not present the case before the LHC effectively followed by his indirect announcement that the administration will approach the apex court to contest the high court verdict.

While hearing the appeal filed by the Punjab government today, a three-member bench headed by Justice Ijazul Ahsan set aside the LHC verdict and ruled that the construction could go ahead on land where the owners had been paid. However, it restrained the authorities from any work on any land where actual landowners were yet to be compensated.

The bench also asked Advocate General Punjab Ahmed Owais the reason for not filing an intra-court appeal against the high court decision. To this, the AG pointed out that the Supreme Court was the ultimate forum for seeking relief.

The top court remarked that it will review whether intra-court appeals can be made, also saying that the respondents in the case could submit additional documents in the case within a month.

In its decision to scrap the project, the LHC’s Justice Shahid Karim had also declared the acquisition of agricultural land for the project unconstitutional and in violation of the fundamental rights of citizens.

He had also directed the Ravi Urban Development Authority to return a loan of Rs5 billion to the Punjab government within two months and ruled that the authority had failed to comply with the laws and initiated the project without a master plan.

Justice Karim said the Ruda (Amendment) Ordi­nance 2021 also failed to cover legal infirmities in the law. The judge ruled that the notification issued under Section 4 of the Land Acquisition Act 1894 had not been released in accordance with the law. The land collectors failed to legally acquire the land for the project, the judge added.

The petitioners had challenged the mode and manner of land acquisition proceedings undertaken for the project by Ravi Urban Development Authority. They said the land acquisition collector, despite a protest by the landowners, passed 18 awards on a single day amounting to billions of rupees.

In a hurriedly moved appeal through Punjab Advocate General Ahmed Awais with the top court on Friday, the provincial government adopted the stance that the high court had failed to consider that the Ruda ordinance had already adopted the 2015 Master Plan of the Lahore Development Authority and encompassed almost all the schemes falling within the purview of the plan for the Ravi Riverfront Urban Development Project.

The petition regretted that with the stroke of a pen the high court wrapped up the $20 billion project by declaring certain sections of the Act unconstitutional. The LHC could not intervene in light of various pronouncements by the Supreme Court and thus stall the entire development process, it stated.

It had pleaded that the LHC failed to appreciate that the Environmental Impact Assessment for the project under Section 12 of the Punjab Environment Protection Act 1997 had already been granted, therefore, the case should not have proceeded on unsubstantial and vague contentions.

Meanwhile, the prime minister had recorded a video message at the site of the project on Friday, where he also got a detailed briefing about the billion dollars project.

“The project is not about establishing housing societies, but creating a new planned city after Islamabad,” the premier had said.

Explaining other benefits of the project, he said it would save River Ravi as wastewater treatment plants would be installed to treat sewage before draining it into the river. Barrages would be constructed on the river bed to hold water and help increase the water table of Lahore city.

Imran had claimed the riverfront project would turn around the economy and benefit some 40 industries, offer hundreds of jobs and bring in much-needed foreign exchange. “Around $1.5 billion foreign investment has already reached Pakistan for this project,” he announced.

The premier had asserted that the $20 billion project had been planned with minute details in line with modern cities in Malaysia and Dubai.