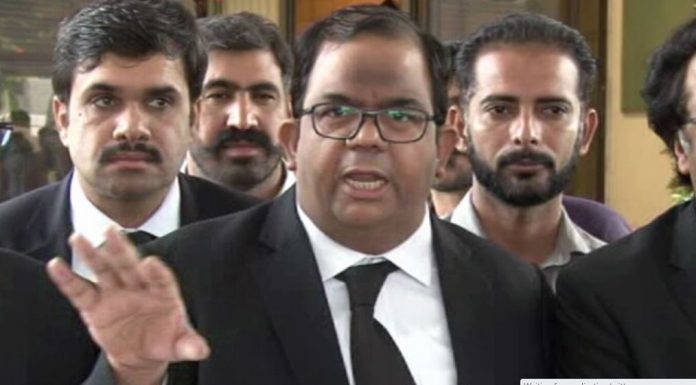 ISLAMABAD, JUL 1: The Supreme Court is currently hearing the PTI’s petition against the Lahore High Court’s (LHC) order to recount the votes cast in the Punjab chief minister election held on April 16 excluding those cast by 25 dissident PTI lawmakers.

At the outset of the hearing, PTI’s lawyer Babar Awan highlighted that one of the judge from the LHC bench had penned a dissenting note. However, Justice Ahsan pointed out that the judge in question had agreed with the majority decision on one point.

“It’s simple. The order says that 25 votes should be excluded from the 197 garnered [by Hamza],” he added.

Awan said that the PTI merely wanted the maximum number of lawmakers to be allowed to cast their vote. The CJP, however, pointed out that this was not mentioned in the PTI’s plea.

“We have come after reading your plea,” he said. “Basically, you do not believe that the decision is in your favour,” the CJP added. At this, Awan said that the PTI accepted the LHC decision in principle.

Justice Ahsan also enquired whether the MPAs who were unable to attend due to being out of the city/country could return within 48 hours.

During the hearing, Awan said that the PTI wanted to contest the election but “should be given a level-playing field”. He told the court that the Punjab chief minister election was held on April 16 in a session marred by chaos and violence. The police was called to the House after a scuffle broke out, he said.

Justice Ahsan noted that Hamza had garnered 197 votes in the election. “The LHC said that whoever gets the majority [votes] in the second poll would be elected. And the court had directed to recount the votes excluding 25 cast by PTI dissidents,” he continued.

He said that the LHC had ordered the votes to be recounted before the second round of voting. But “you say that your lawmakers are not available,” he remarked.

Further elaborating on the LHC order, he said it meant that all lawmakers present in the House should vote.

Justice Ahsan disagreed with Awan’s stance that PA proceedings could wait until all lawmakers were available. He reiterated that the LHC had instructed that the votes of 25 dissident PTI lawmakers should be excluded in the recounting exercise.

“After the exclusion of these 25 votes, Hamza’s election does not remain valid,” he said, adding that there was “no need for a simple majority of 186 votes in the second round”.

“Your stance is your members have gone abroad,” the judge said, addressing Awan.

However, Awan clarified that he was not asking to wait for the lawmakers. But “adequate time should be provided so that the maximum number of members can participate in the voting,” he added.

During the hearing, CJP Bandial questioned how the apex court could in the matter of scheduling the PA session. “Should we fix July 2 as the date for voting, as suggested by the dissenting judge?” he asked.

“Are you ready to vote tomorrow?” the CJP further asked Awan. Justice Ahsan further remarked that those members who were in Pakistan could reach within a day.

At this point, the PTI’s lawyers asked to defer the re-election process for seven days to which Justice Ahsan remarked that this would not be appropriate.

He further said that it would not take lawmakers who were in the country more than 24 hours to reach the assembly.

Awan reiterated that the Election Commission of Pakistan had not yet notified lawmakers on the five reserved seats in the PA.

At that, the CJP questioned: “Do you want that the province remains without a chief minister for seven days?”

Justice Ahsan asked about the Constitution’s stance on who runs the province in the absence of the CM. “Who can run the province when the chief minister is not available?” he asked.

He added that at the time of the Punjab CM’s election, there was no clarity on Article 63-A, which pertains to disqualification on grounds of defection.

At one point, Awan told the court had he had 10 days in mind but had instead asked for seven.

Justice Mandokhail said that the matter of adequate time should first be concluded before deliberating on the remaining points. Justice Ahsan then said the governor could ask a chief minister, who was elected in a lawful manner, to continue working.