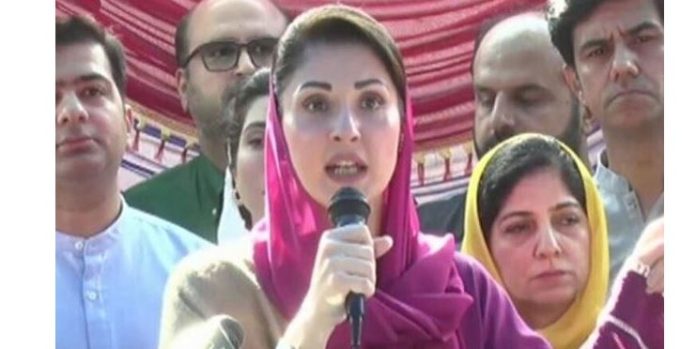 Even one judge of the apex court bench (which gave the verdict against former National Assembly deputy speaker Qasim Suri’s ruling) adjudged (ex-prime minister) Imran Khan a violator of the Constitution, she said while addressing a public gathering in Kallar Syedan.

Maryam said the top court had also called Imran Khan a ‘liar’, whose politics had now come to an end. Imran Khan did not provide any evidence of conspiracy to the court.

In fact, Imran had no proof of his so-called conspiracy mantra as he had any evidence he would have presented it before the Supreme Court to support his claim, she added.

“I urge the government to prosecute the Pakistan Tehreek-e-Insaf (PTI) leaders for treason under Article 6 of the Constitution. They should be punished so that no one can violate the Constitution in future,” she added.

Those who had breached the Constitution, must be tried  and given exemplary punishments, she stressed.

Maryam said the former prime minister had laid economic mines and “we have removed the same by taking tough decisions”. The difficult time was over and the people would now hear good news in coming days.

The PML-N led government would overcome inflation and corruption, she added.

The PML-N leader said July 17 was the day for a contest between stability and anarchy as Imran Khan was bent on creating chaos in the country.

She said Imran Khan was crying hoarse for rigging in the Punjab assembly by-elections. His party had lost all the by-polls to the PML-N while in government. The PTI leader was in fact the person who had introduced electoral rigging in Pakistan, she added.

She quoted Imran Khan telling in a public gathering that he had seen a picture of Nawaz Sharif on a motorway. As Nawaz Sharif was close to the people’s hearts, he (Imran Khan) would see his pictures at every home across the country, she added.

She said Nawaz Sharif, as prime minister, had built the motorways which Imran Khan was now using to reach his public gatherings. “Imran is an ‘enemy’ of the people of Punjab and Pakistan”, who would decide his political fate in the by-polls, she added.

It was an irony that he (Imran Khan), who used to say that he did not come to power to check the prices of potatoes, was today telling the prices of different commodities in his public meetings, Maraym said.