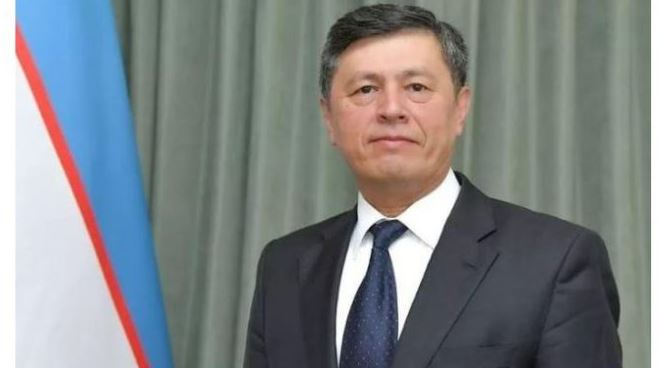 ISLAMABAD, AUG 01 (DNA) — Ambassador of Uzbekistan to Pakistan, Aybek Arif Usmanov on Monday said that the Shanghai Cooperation Organization (SCO) block had a significant role in economic and trade integration between the member countries.

Economic and trade relations among the members of the Shanghai Cooperation Organization are very important, which will lead to economic and trade integration among these countries, he said. The Ambassador said that the SCO meeting has been held in Uzbekistan since September 15 this year.

In the upcoming conference, transit trade and commercial cooperation between members will be very important topics which will be discussed in different sessions. He said that member countries will also talk about establishing industrial zones and in this regard, the first industrial zone of SCO countries will be established in the city of Samarkand, Uzbekistan.

The Ambassador said that the eradication of poverty and economic development will be the main focus of this conference, which will provide an opportunity for mutual cooperation and dialogue to the member countries. He expressed the hope that the Prime Minister of Pakistan, Mian Muhammad Shahbaz Sharif, would participate in the SCO conferences exclusively.

The SCO has important member countries in terms of geo-economic and geopolitical position, including developed economies, which can play an important role in the development of global and regional economies through this organizational platform, he said.

The Ambassador said that technology, information technology and renewable energy would be the major topics at the SCO summit this year which would help in reshaping trade and economic relations between the member countries.

There will also be sessions on telemedicine at the Summit this year, which has led to the introduction of many facets in the medical field after Covid-19, which could open up new avenues for economic cooperation in the member states, he said.

He said that at the same time, member states were likely to sign agreements on renewable energy. The Ambassador said that the leadership of the SCO countries, including the Central Asian countries, was now fully committed to the economic and trade integration of the member countries and increase in bilateral trade and economic activities.

Ambassador Usmanov said that facilities and road and rail links were very important in bilateral and transit trade which would increase economic activities in SCO countries. In response to another question, he said that the implementation of the Preferential Trade Agreement (PTA) between Pakistan and Uzbekistan was going on and bilateral trade would develop through it.

He said that at this time mutual trade barriers and customs issues were major issues in both countries and for resolving these issues both of the countries were working on a mechanism. In response to another question, he said that a transit trade agreement had been signed between Pakistan and Uzbekistan during the last year, which had a very important role in promoting mutual trade.

Related to this, the transport and logistics sector was also important in which the governments of the two countries were in negotiations for improvement. The ambassador of Uzbekistan said that rail and road connectivity was a pivot for regional trade and economic integration in our region.