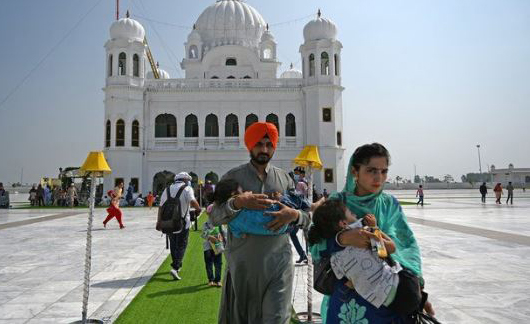 ATTOCK: Assistant Superintendent of Police (ASP) Hassan Abdal Zainab
Ayub has said a foolproof security plan has been finalized for the
Sikh pilgrims who are reaching the city to celebrate 553th birthday of
Baba Guru Nanak.

The Sikh pilgrims from around the world will visit Gurdwara Sri Panja
Sahib in Hassan Abdal to participate in the Baisakhi festival. The ASP
said that the protection of all religious places and followers is the
top priority and they would not any miscreant to spread unrest.

Around 26 sections of elite commandos will be on constant alert and
patrol for the protection of Sikh pilgrims. Assistant Superintendent
of Police (ASP) Zainab Ayub reviewed security arrangements for the
protection of the Sikh pilgrims. She said that all Sikh pilgrims
should be able to worship freely and without fear multilayered
security plans have been made to ensure that visiting pilgrims are
safe.

Earlier, the ASP while issuing instructions to the officials concerned
to provide foolproof security to the pilgrims coming from all over the
world, said that the protection of the life and property of the
pilgrims is their utmost responsibility. She had directed the traffic
in charge to manage the parking and flow of traffic during the
festival. She also instructed Rescue 1122 officials to keep vehicles
on standby.