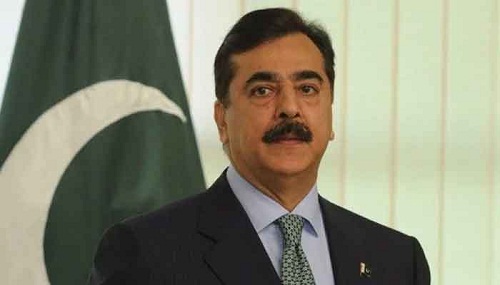 ISLAMABAD : The Election Commission of Pakistan rejected on Thursday an objection raised by the PTI and accepted the nomination papers of former prime minister Syed Yousuf Raza Gilani for the Senate polls.

He is Pakistan Democratic Movement’s joint candidate for the Senate seat from Islamabad.

Returning officer (RO) Zafar Iqbal announced the verdict on Thursday. It was earlier reserved after arguments concluded by both parties.

The RO ruled that the candidate was convicted under Article 63(1)(g) of the Constitution of the Islamic Republic of Pakistan and “a period of five years has elapsed since his conviction”, so the candidate “stands qualified” for contesting election to the Senate from Federal Capital.

“All the cases against the candidate are pending adjudication and in the absence of conviction, the candidate cannot be barred from contesting the election,” the order noted.

It further added that while keeping these facts in view, the nomination papers of Syed Yousuf Raza Gillani are hereby accepted.

PTI leader Fareed Rehman had challenged the candidacy of Gilani, claiming the former premier “hid facts” in his nomination papers.

During a hearing on Wednesday, the former prime minister’s lawyer had contended his client had completed the sentence given to him by the Supreme Court. He said Gilani was then able to contest the election.

Rehman’s lawyer, however, argued that the former prime minister does not meet the criteria as defined by articles 62 and 63.

He asked the PPP leader’s nomination papers be rejected as NAB was hearing the Toshakhana reference against him. He alleged that the former premier “abused” his powers as a PM.

Gilani’s lawyer intervened and said the case against his client was filed to carry out a media trial. He added that the PTI lawyer was only giving references of cases that were under trial.

He told the RO that if a case is under trial, it does not mean Gilani’s nomination papers should be rejected.

The lawyer also told the RO that the sentence given to Gilani lasted less than five minutes. He quipped that he did not know that the PTI leader was “arguing the case on behalf of the National Accountability Bureau”.

The SC had handed down a symbolic punishment lasting less than a minute to Gilani and convicted the former premier for contempt of court.