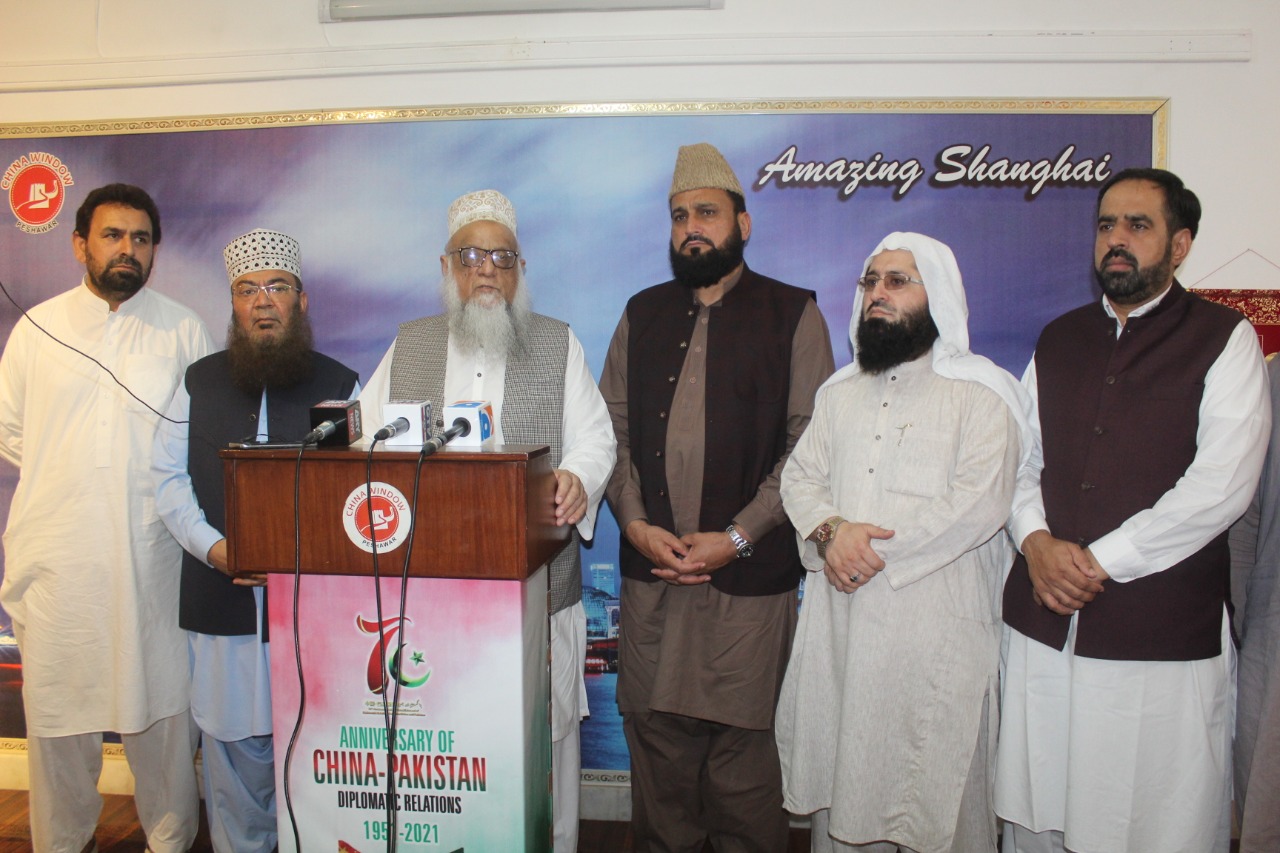 Although all the governments of Pakistan had tried their best to strengthen the friendship, but he believed that Pakistan’s economic developmental plan, CPEC, was slowing down and work needed to be accelerated

PESHAWAR: Ameer Jamiat Ahle Hadith Pakistan Senator Prof. Sajid Mir has said that the friendship between Pakistan and China is eternal, work needs to be accelerated on CPEC and Western media is spreading propaganda about Chinese Muslims. He expressed these views during his visit to China Window, a Chinese cultural and information center (CCIC) in Peshawar. Former Federal Minister Senator Hafiz Abdul Karim, Jamiat-e-Ahl-e-Hadith Khyber Pakhtunkhwa Provincial Nazim-e-Ala Dr. Zakir Shah and other leaders also accompanied him. Prof. Sajid Mir visited various galleries of China Window and expressed his keen interest in them. He wrote his impressions on the Friendship Wall and in the guest book. Talking to media, Senator Prof. Sajid Mir said that there is no doubt about the friendship between Pakistan and China and that is why the people of both the countries are proud of this friendship. In response of a question he said that although all the governments of Pakistan had tried their best to strengthen the friendship, but he believed that Pakistan’s economic developmental plan, CPEC, was slowing down and work needed to be accelerated.

He said that the Western media was propagandizing about the plight of Muslims in China while he believed that the Chinese government needed to send Pakistani scholars to China to meet the local Muslims so they should know about the real situation regarding them. Prof. Sajid Mir said that the establishment of China Window would help in strengthening the friendly relations between the two countries. Replying to a question about the political situation in the country, Prof. Sajid Mir said that The PDM has announced its strategy while all the opposition parties in Parliament will give hard time to the government. He said that the non-participation of PPP and Awami National Party in PDM makes a difference but both the parties decided to withdraw from PDM on their own. It is hoped that all opposition parties in Parliament will play an effective role