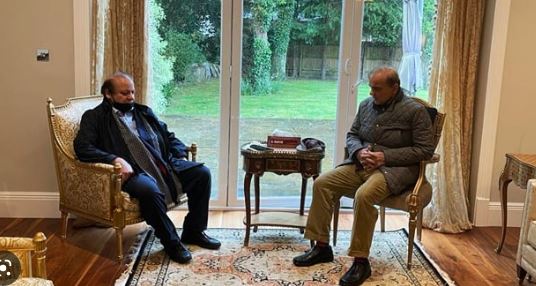 LONDON: Following his crucial meetings with PML-N supremo Nawaz Sharif and other party leaders in London, Prime Minister Shehbaz Sharif Friday maintained that the army chief’s appointment will be constitutionally decided. The prime minister is expected to reach Pakistan today from London. The process of the appointment of new army chief shall start upon his return, sources say.

“Army chief’s appointment is a constitutional matter. It will be decided according to the constitution,” PM Shehbaz said.On November 2, the premier departed for London after wrapping up his two-day visit to Egypt to attend the COP27 summit.

The premier — after his fourth meeting during which he also met with Vice President Maryam Nawaz for over two hours — is on his way to return to Pakistan.

In London, the prime minister and the PML-N chief have taken important decisions which also include deliberation over the next army chief’s appointment.

Two rounds of the meetings were also attended by Defence Minister Khawaja Asif and Punjab PML-N leader Malik Muhammad Ahmed Khan.The Sharif brothers will also take the Pakistan Democratic Movement’s (PDM) leadership into confidence on the matter. The prime minister’s visit to London came two weeks before the end of Chief of Army Staff Qamar Javed Bajwa’s tenure, who will retire on November 29.