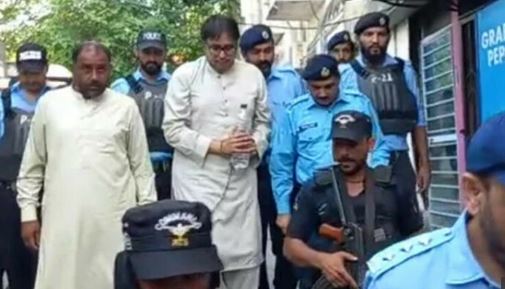 The seven-member delegation of the PTI senators visited Adiala Jail on Tuesday and held meeting with Gill.

The delegation met with Dr. Shahbaz Gill and inquired about his well-being.