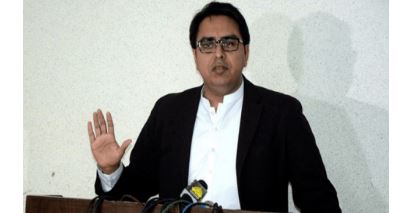 ISLAMABAD, AUG 9: PTI leader Shahbaz Gill has been “abducted” in Islamabad, according to party vice president Fawad Chaudhry and others. Chaudhry, in a tweet, stated that Gill was picked up from Banigala Chowk by unidentified personnel in cars with missing number plates. Fellow PTI leader Murad Saeed reiterated the claim, alleging that the windows of Gill’s car were smashed while his assistant was also assaulted. He alleged that there was a “terrible plan” hatched last night but the PTI’s followers had sent a “clear message” that any action against party chairman Imran Khan would be crossing the “red line”.