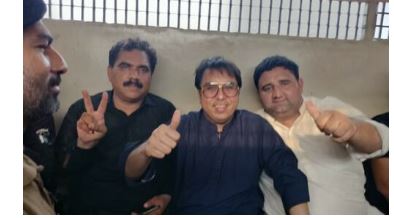 According to Geo News, Gill has been arrested for allegedly visiting different polling stations during the by-elections in the city with his security guards who were dressed as FC personnel.

As per the election code of conduct for political parties and candidates, the Election Commission of Pakistan (ECP) has stated: “Carriage and display of all kinds of lethal weapons and fire arms shall not be allowed in public meetings and processions and official regulations in respect thereof shall be strictly observed. Aerial firing, use of crackers and other explosives at public meetings shall not be allowed.”

However, Gill denied the allegations of keeping any security guards dressed up in FC officials’ uniforms. He claimed that he had been engaged for three hours and was suddenly arrested without a warrant.