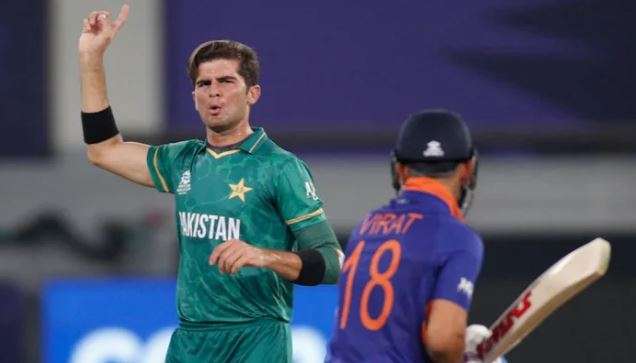 ISLAMABAD: Former champions Pakistan are counting on fit-again pace spearhead Shaheen Shah Afridi to be back to his destructive best at the T20 World Cup in Australia.

The 22-year-old was on Tuesday given the green light to join the squad after recovering from a right knee injury sustained in the first Test against Sri Lanka in July.

He missed the Asia Cup, the T20 series against England and this week’s tri-series in New Zealand.

The tall left-arm fast bowler has completed an intensive period of rehab in London and will travel to Australia, where he has two warm-up games in Brisbane next week to regain his rhythm, the first against England on Monday.

Pakistan will have a final warm-up against Afghanistan next Wednesday to prepare for their blockbusting opening match against India at the cavernous Melbourne Cricket Ground on October 23, which is expected to draw 90,000 spectators.

Pakistan’s maiden World Cup win against India set up the team’s march to the semi-final, where they lost to eventual champions Australia.

“He has recovered well and we are confident that he will be at his best come the India game,” captain Babar Azam told.

“We have a very good fast bowling attack which Shaheen leads.”

Top-order batsman Fakhar Zaman, who scored 55 not out against Australia in last year’s semi-final, is also on the road to recovery after a knee injury.

“Zaman, who is one of the three travelling reserves for the T20 World Cup, will travel to Brisbane with Shaheen and will complete his rehabilitation,” the country’s cricket board said Tuesday.