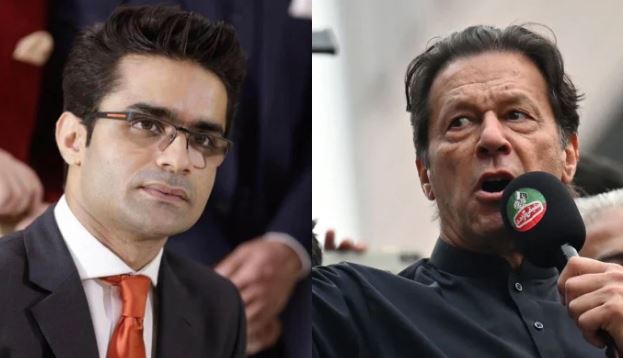 In a major revelation during an interview on Geo News’ programme “Aaj Shahzeb Khanzada Kay Saath”, Zahoor claimed that Farah Gogi and Shahzad Akbar sold the expensive Graff wristwatch, worth at least Rs2 billion, to him — which was gifted by Saudi Crown Prince Mohammad Bin Salman to Khan.

In an affidavit, the businessman has listed four gifts he purchased from Farah — a close friend of Khan’s wife Bushra Bibi, who was also embroiled in corruption cases recently.

Following the revelations, PTI leadership refuted the businessman’s claims and said that no one named Zahoor was sold the Toshakhana gifts. Then, Khan, announced that he would take action against Khanzada, Geo News, and the “fraudster”.

“Enough is enough. Yesterday Geo and Khanzada supported by handlers slandered me through a baseless story cooked up by a known fraudster and internationally wanted criminal,” he claimed.

After Khan’s threat, Khanzada spoke over the phone with Geo News and told the former prime minister that all stories are aired after due diligence and he was ready to accept the PTI chief’s challenge.

The journalist asked that if Khan believes that Zahoor was a “fraudster”, then why does he have the gifts? “If [Khan] did not sell the gifts to him, then whom did he sell it to?”

Berating the former prime minister, Khanzada said that every time he hosts a show regarding PTI, he makes sure that the party’s leaders are invited, but they never show up.

“We will face the PTI chairman in any court he wants to go,” Khanzada said.