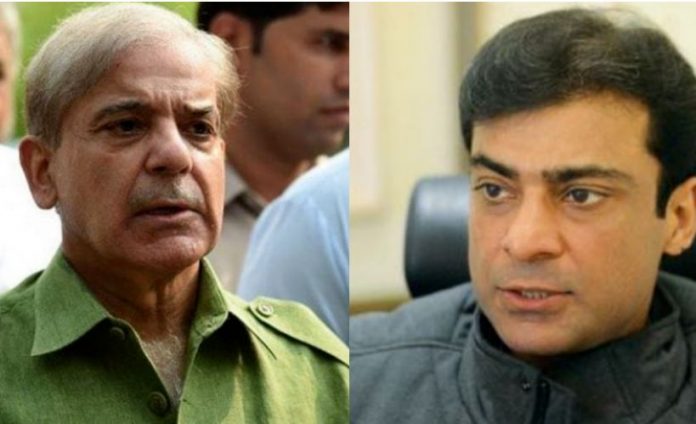 PML-N President Shehbaz Sharif and his son Hamza Shehbaz were released on Friday from Lahore’s Kot Lakhpat jail on five-day parole for the funeral of the former’s mother.

The funeral of Shehbaz and Nawaz Sharif’s mother, Begum Shamim Akhtar will be held at Sharif Medical City, Raiwind in Lahore tomorrow. Her body is being brought back from London to Lahore, where she will be buried next to the grave of her husband, Mian Sharif, at the family’s Jati Umra estate.

Earlier this week, the PML-N had requested at least a two-week parole for party president Shehbaz and his son Hamza to participate in the last rites of Begum Shamim. Hamza has been in the custody of the National Accountability Bureau since June last year, while Shehbaz was arrested in September in a money laundering and assets beyond means case.

In an application to the Lahore deputy commissioner, PML-N Deputy Secretary General Attaullah Tarar said both Shehbaz and Hamza were leaders of the opposition in the National and Punjab assemblies, respectively.

He sought their release on parole for a period of at least two weeks to receive condolences and participate in Begum Shamim’s last rites at their Model Town and Jati Umra residences.

Begum Shamim passed away in London on November 22. She was in her 90s and had been unwell for a month or so, sources in the party had said, adding that she had also twice visited a hospital in London for a check-up.

She had travelled to the United Kingdom in February against the advice of her doctors to see her ailing son, Nawaz, who is being treated for heart and kidney ailments in London.

Both Nawaz and Shehbaz could not attend the last rites of their father back in October 2004 as they were in exile in Jeddah and had rejected a conditional offer by then military dictator Pervez Musharraf in this respect.