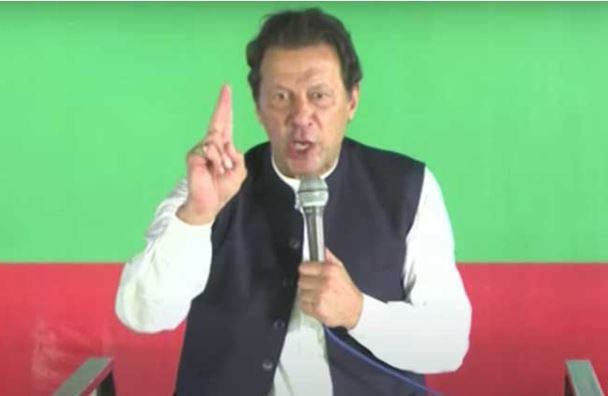 Addressing a rally in Chakwal on Monday, he said that the floods have wreaked havoc in Sindh and Balochistan and flood water devastated the crops, while farmers couldn’t sow crops due to water accumulated in the fields.

Imran Khan said that despite being in government for the past 14 years, the PPP couldn’t complete work on Right Bank Canal on river Sindh, adding that the thieves of Sindh have sent the funds of Right Bank Canal project to Dubai.

Turning his guns towards PM Shehbaz Sharif, the PTI chairman said that insensitivity of Shahbaz Sharif can be witnessed that the one third of the country is swept by the floods and the premier has left for the US.

The former PM went on to say that the economy was flourishing during his tenure when his government was overthrown through conspiracy. “They run a propaganda campaign against my government with the help of their paid media houses that the country’s economy was sinking during my tenure,” he said.

Imran Khan said the power tariff has been increased three-fold since the PML-N-led government came to power earlier this year.