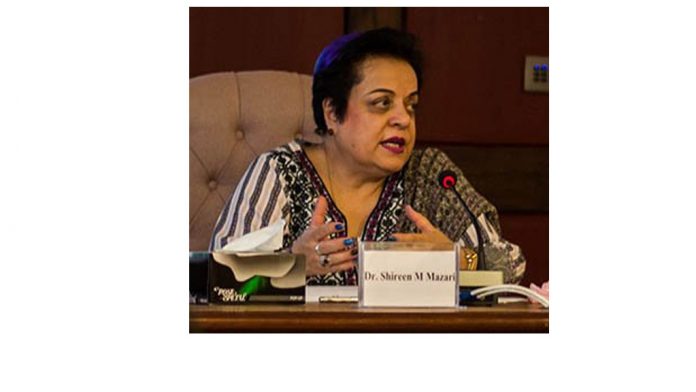 ISLAMABAD, Apr 06 (DNA): Federal Human Rights Minister Shireen Mazari
has said undertrial prisoners should be released as it would create a
crisis if they are diagnosed with COVID-19.

“The prisoners already have hepatitis, AIDS and other diseases, they are
extremely vulnerable to the coronavirus,” she said while speaking to the
media outside the Supreme Court on Monday.

There is overcrowding in our jails because of a large number of
undertrial prisoners. No judgment has been given in the cases against
them so we don’t know if they are guilty or not, she remarked. “Still,
they are being kept in the same prisons as convicted people.”

Prisoners who are handicapped should be released at least, she said.
Even our laws allows that, the federal minister added.

A five-member bench of the Supreme Court is hearing a petition
challenging the release of undertrial prisoners in jails across Pakistan
over the coronavirus scare.

On March 30, the top court put on hold the release of prisoners after it
suspended the orders given by different courts across the country. The
courts allowed the release to ensure the safety of prisoners and stop
the spread of coronavirus in Pakistani jails. DNA