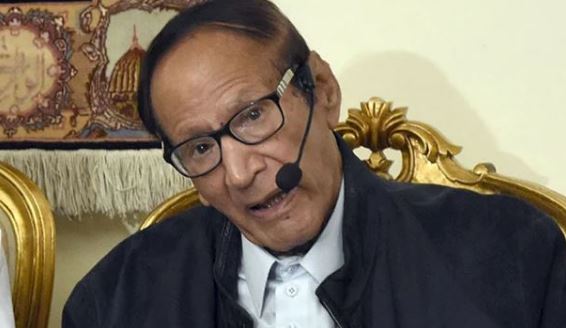 “Damage to the economy can be avoided if politicians stay in contact. If Imran Khan asks, I will personally speak to Prime Minister [Shehbaz Sharif] in this regard,” he told Geo News.

The PTI has been pressurising the coalition government in the Centre to hold early elections in light of the “deteriorating economy”, but the former has not heeded to demand.

Khan had last week said that he would delay the dissolution of the assemblies if the government decides to hold general elections in March, but the government rejected the offer saying that polls will be held on time — October 2023.

But even though the PTI has been persistent in its demand for early polls, its ally Chief Minister Punjab Pervez Elahi believes that he did not see elections taking place in the next four months.

As a result of the tumultuous political situation in the country, the Pakistan rupee has been losing its value and the investors have remained jittery. Not only that, the stalemate between the International Monetary Fund (IMF) and the government has also led to a drop in the local currency’s value.

In today’s talk with Geo News, Shujaat also noted that all the assemblies should complete their respective tenures as even if Punjab Assembly was dissolved, it would trigger a Constitutional crisis.

Shedding light on PPP Co-chairman Asif Ali Zardari’s recent visit, Shujaat said the former president had come to his residence for inquiring about his health — nothing more.

“I did not speak about Punjab’s situation with Asif Zardari. It is indeed possible that we might speak about Parvez Elahi in the future,” the ex-prime minister said.

Shujaat said that neither did he discuss Elahi nor did he speak about the PDM with Zardari.

However, sources told Geo News that Zardari asked him to not dissolve the assemblies, assuring of a new setup after consultations. The sources said that Zardari assured Shujaat that Pakistan Muslim League-Nawaz (PML-N) leader Hamza Shahbaz would not be the chief minister of Punjab in the new setup.

On his terms with Elahi, Shujaat said he does not speak about politics with the chief minister and that they only discuss matters related to “national interest”.

“I had suggested Parvez Elahi not to have the FIR (first information report) registered against the army officer.”