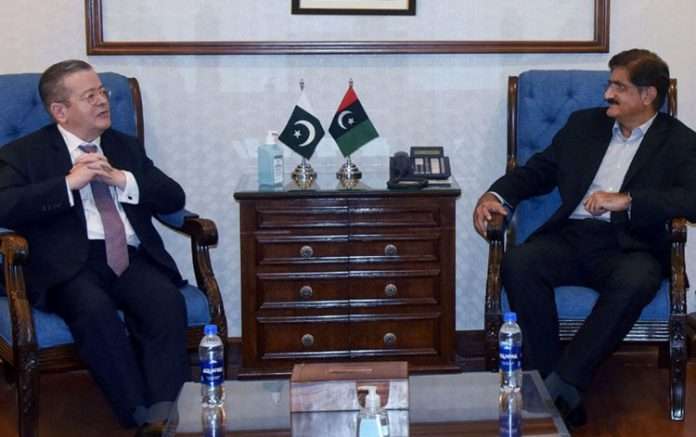 French Consul General in Karachi Alexis Chahtahtinsky was also present in the meeting, a statement issued here on Thursday said.

The French ambassador said that he would support the Sindh government by bringing experts from France to guide and support the provincial government for developing a workable and decent water supply system, including the installation of desalination plants.

The CM and the visiting diplomat also discussed cooperation for the introduction of new agricultural technology.

The French ambassador said that their agriculture university was doing a wonderful job in agricultural research and the same was being applied in the field.

The chief minister said that close cooperation between the Tando Jam Agricultural University and the Agriculture University of France may be developed and it would help the provincial government in adopting new research trends and their applications in the field.

The chief minister and the ambassador also agreed to work together to develop dairy industry in the province with modern methods.

He said that their government was presently importing medicines from Karachi, which could be further enhanced in other commodities.

The chief minister appreciated the ambassador’s efforts for enhancing trade and assured him of his support and cooperation.