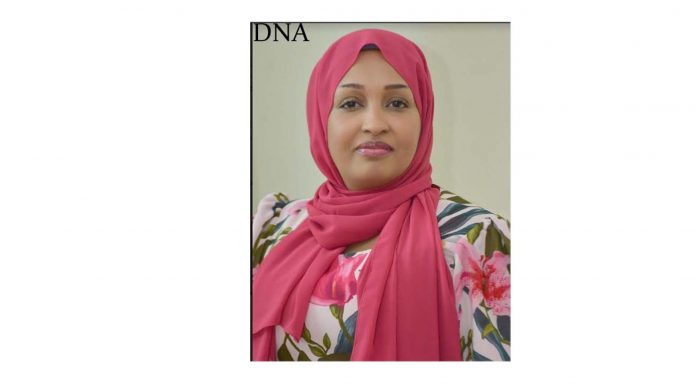 ISLAMABAD , (DNA)= Khadija Mohamed Al-Makhzoumi, Ambassador of Somalia has said both Somalia and Pakistan have been developing a fruitful and close cooperation since 1st of July 1960.

In 1969, Pakistan and Somalia were among the founding members of the Organization of Islamic Cooperation (OIC). Somalia’s relations with Pakistan remained strong in the following years and through the ensuing civil war period, when the Pakistani military contributed to a UN peacekeeping operation in southern Somalia. In 2010, Pakistan tabled a proposal for United Nations Security Council seats for OIC and Arab League states, the latter of which Somalia is also a member.

She expressed these views in an exclusive interview with DNA.

Pakistan’s exports to Somalia during the same year included $53.254 million in rice, $0.627 million in medicament mixtures, $10.400 million in non-cocoa sugar confectionery, and $0.20 million in shawls, scarves, mufflers, mantillas and similar garments, she added.

To a question about Pakistan’s look Africa policy the ambassador said,Ministry of Foreign Affairs Pakistan has done well by organizing a conference of the country’s envoys in the African Continent with a view to deliberating on issues relating to enhanced cooperation with them.

The move is timely in the sense other countries of the world especially the United States and China are focusing more on Africa as its economies are considered as ‘lions on the move’. African continent is a rising market of 1.26 billion people; it is rich in mineral resources and is an exporter of energy resources. Pakistan has a lot of goodwill in the region as the country always championed the cause of the African countries at UN and remained in the forefront of peacekeeping missions in Africa.

In this backdrop, it is unfortunate that Pak-Africa trade is negligible and the country has diplomatic presence in a few countries alone – thirteen missions to cover 54 countries (the rest are managed through concurrent accreditation).

Apart from Africa being a huge potential market for Pakistani goods, the country’s geo-strategic location and connectivity offers opportunity for African goods to reach Central Asia and South Asia.

‘As Somali Ambassador to Pakistan, I consider my role is to facilitate the contacts between the players in the economic field, to get them to know each other better and also to interconnect in a better way’.

Ambassador Khadija saida large number of Somali students are studying in Pakistan in various educational fields. ‘We are thankful to the people and government of Pakistan for their continuing assistance to the Somali students and for your delight some students after graduating from Pakistan have established an urdu speaking colony in Mogadishu, Somalia. We are also now thinking to cooperate in Higher Education and research field’.  =DNA