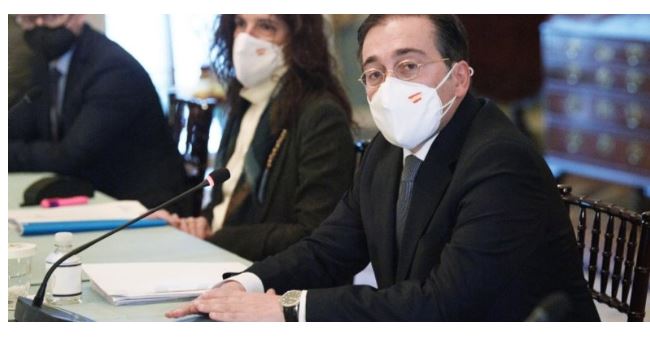 Spain‘s foreign minister Jose Manuel Albares said on Friday that Europeans have a united position on the crisis over the Russian military build-up on the Ukrainian border and that Spain is pushing for dialogue.

Russia has massed tens of thousands of troops on its borders with Ukraine in what Western states fear is the precursor to a new assault on the former Soviet republic. Russia denies it is planning an attack, but says it could take unspecified military action if a list of demands is not met.

Spain has sent warships to join NATO naval forces in the Mediterranean and the Black Sea as tension in the region rises, Defence Minister Margarita Robles said on Thursday.

“Let’s give dialogue a chance. That is what Spain is pushing for. If dialogue does not bear fruit, of course, Spain will stand with its European partners and its NATO allies united in deterrence,” he said on Friday in Madrid.