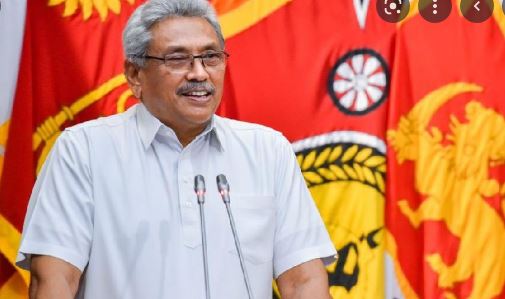 COLOMBO: Sri Lanka’s parliament will elect a new president on Jul 20, its speaker said on Monday, after protesters stormed the residences of the current president and prime minister, who have both offered to quit amid an economic meltdown.

President Gotabaya Rajapaksa, who had overseen a ruthless crushing of the Tamil Tigers insurgents as defence secretary, is set to resign on Wednesday. His brothers and nephew earlier quit as ministers as Sri Lanka began running out of fuel, food and other essentials in the worst crisis since independence from Britain in 1948.

Parliament will reconvene on Friday and will vote to elect a new president five days later, Speaker Mahinda Yapa Abeywardena said in a statement.

“During the party leaders’ meeting held today it was agreed that this was essential to ensure a new all-party government is in place in accordance with the Constitution,” the statement added.

“The ruling party has said the prime minister and the Cabinet are ready to resign to appoint an all-party government.”

Prime Minister Ranil Wickremesinghe, whose private home was set alight by protesters, has said he will step down. His office said Rajapaksa had confirmed his resignation plans to the prime minister, adding that the cabinet would resign once a deal was reached to form an all-party government.

The political instability could damage negotiations with the International Monetary Fund (IMF) for a rescue package, the central bank governor told Reuters.

Governor P Nandalal Weerasinghe signalled he would stay on in the job although he had said in May he could resign if there was no political stability in the island nation of 22 million.

Police said they had received 17.8 million rupees (about US$50,000) found by a group of protesters at the president’s residence on Saturday. A video of the youngsters counting out the cash went viral on social media.

UN Secretary-General Antonio Guterres called for a smooth transition of government and “sustainable solutions” to the economic crisis.

Opposition leader Sajith Premadasa, whose Samagi Jana Balawegaya party holds 54 seats in the 225-member parliament, said it was ready to step into the government.

“We as the opposition are ready to provide leadership to stabilise the country and rebuild the economy,” he said. “We will appoint a new president, prime minister and form a government.”