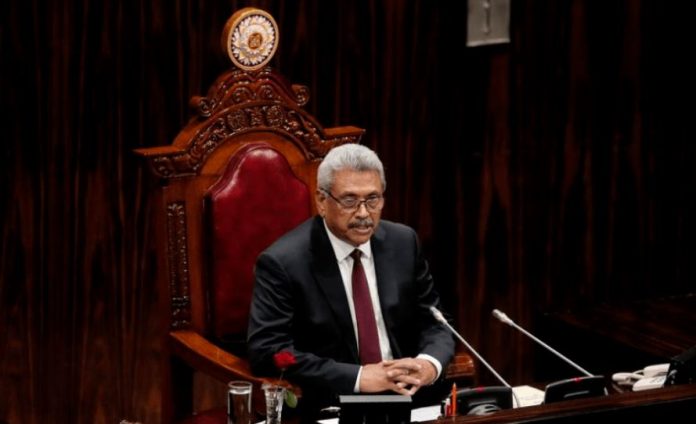 COLOMOBO: The resignation of Sri Lanka’s president has been accepted, the crisis-hit country’s parliamentary speaker announced on Friday, after he fled the country earlier this week and notified him from Singapore that he was stepping down.

The formal declaration makes Gotabaya Rajapaksa — once known as ‘The Terminator’ for his ruthless crushing of Tamil rebels — the first Sri Lankan head of state to resign since it adopted an executive presidency in 1978.

He emailed in his resignation from Singapore after flying to the city-state from the Maldives, where he initially escaped after demonstrators overran his palace at the weekend.

“Gotabaya has legally resigned” with effect from Thursday, speaker Mahinda Yapa Abeywardana told reporters. “I have accepted the resignation.”

Under Sri Lanka’s constitution, Prime Minister Ranil Wickremesinghe — whose departure is also being demanded by protesters — will automatically become acting president until parliament can elect an MP to succeed Rajapaksa for the rest of his term.

The legislature will be summoned on Saturday, Abeywardana told reporters at his residence, adding he hoped to complete the election process “within seven days”.

Rajapaksa’s departure came after months of protests over what critics said was his mismanagement of the island nation’s economy, leading to severe hardships for its 22 million people.

At a seafront boulevard that has served as the headquarters of the protest movement that ousted him, a small crowd gathered its remaining strength late on Thursday to celebrate his resignation.

Only a few hundred people were there to mark the milestone, with many veterans of the protest movement exhausted after enduring tear gas barrages and tense confrontations with security forces in the preceding days.

“I certainly feel, I think the crowd here definitely does feel, quite happy about it,” activist Vraie Balthaazar told.