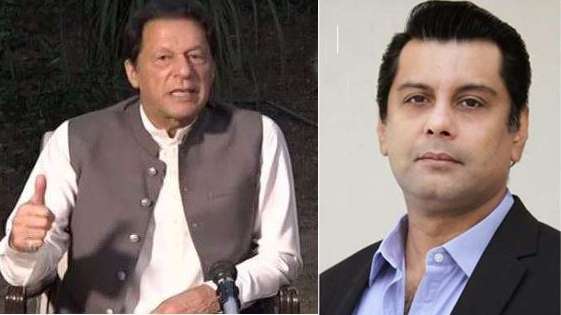 ISLAMABAD: /DNA/ – Pakistan Tehreek-e-Insaf (PTI) Chairman Imran Khan expressed his grief over the brutal murder of a known anchor person Arshad Sharif, who he paid the ultimate price for speaking the truth, demanding judicial inquiry into the tragic incident.

In a statement on Monday, PTI Chairman said that he was shocked by the brutal murder of Arshad who had to leave the country and hide abroad. “My prayers and condolences go to his grief stricken family,” he added.

He said that Arshad had to leave the country but continued to speak the truth while exposing the powerful on social media and today the entire nation is mourning his death. Imran Khan demanded that a proper judicial inquiry should be initiated to examine Arshad Sharif’s statements and evidence from other sources. “We have descended into a state of brutality, unknown in civilised society, indulged in by the powerful against those who dare to criticise and expose wrongdoings,” he added.

Imran Khan stated that Arshad Sharif’s murder has sent shockwaves across Pakistan. It has highlighted an ongoing targeting of anyone who dares to criticise or question those holding power. PTI Chairman went on to say that they saw a foreign abetted regime change conspiracy taking place sending Pakistan into chaos. However, he added that senior Judiciary continued to remain aloof. “When will the Judiciary move to act against State institutions that are defying all laws and violating the Constitution?, he asked.

“When will our senior Judiciary act to ensure our citizens fundamental rights enshrined in the Constitution are protected,” he raised question.

“It is high time they did and safeguarded against excesses by the State and government. We have seen citizens, politicians, journalists and human rights defenders intimidated, arrested, charged with terrorism and incitement to mutiny and tortured. We see fake cases and misuse of power by different executive branches expanding,” he demanded.