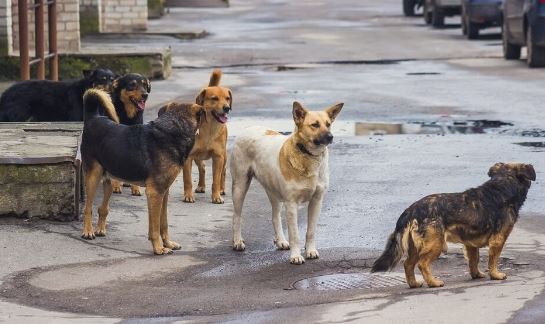 ISLAMABAD, SEP 24: /DNA/ – Chairman CDA and Chief Commissioner Islamabad Captain (R) Muhammad Usman Younis inaugurated Stray Dogs Population Control Center Islamabad Saturday. A large number of civil society representatives, NGOs, CDA officers and citizens attended the inauguration ceremony.  Speaking on this occasion, Chairman CDA and Chief Commissioner Islamabad Captain (R) Mohammad Usman Younis said that Islamabad is the only city in the country where such  center has been established. He further said that complaints of stray dog bites have been received from different areas of Islamabad, especially from rural areas. But due to lack of effective solution, it was not getting a permanent solution, however, due to the special interest of the current CDA administration, this center has been established.

Chairman Capital Development Authority Captain (R) Muhammad Usman Younis while addressing the participants said that this dog center has the capacity to keep more than 500 dogs. Similarly, a play area for dogs, a rest area including a surgical unit, a vaccination center and a separate area for the laboratory have also been allocated in this dog center.

Chairman Capital Development Authority Captain (R) Muhammad Usman Younis while speaking added that human rights as well as animal rights are protected in developed countries. CDA administration also wanted to ensure that there is no cruelty to animals and to ensure their protection as well as solve this problem.  He further said that the civil society has a very important role in this regard and the CDA administration has established this center in collaboration with the civil society.

He also appreciated CDA officers including the district administration for establishing this center in a short period of time.  In his address, he requested the civil society to share their experiences with CDA so that the center could be made more effecting and to achieve desired results.

Chairman Capital Development Authority Captain (R) Muhammad Usman Younis during his address directed the officers of the concerned departments and added that this center should be made an exemplary center so that it can be presented as a role model in the whole country. He further said that I will visit this center in the future as well and will take a detailed look at the conditions of the animals kept here.  During the address, he further said that it should be ensured that the dog catcher does not target any citizen’s pet during their operation, but action should be taken only where complaints are received. Similarly, instructions to make proper SOPs for dog catchers were also issued to the officers of the concerned departments. Similarly, instructions were also issued to keep the dogs kept in the dog center with complete SOPs.