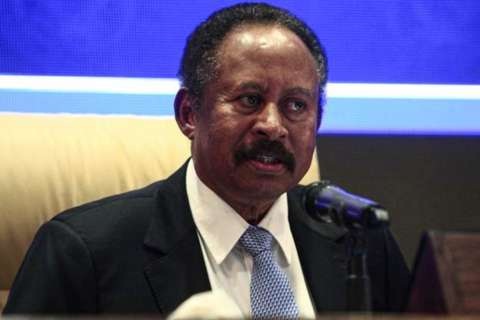 The information ministry that is still loyal to the prime minister said he spoke during a meeting with foreign ambassadors at his home.

The cabinet was dissolved after a coup on 25 October.

There have been protests against the military in the capital and other cities.

The international community has been calling for the military to relinquish power.