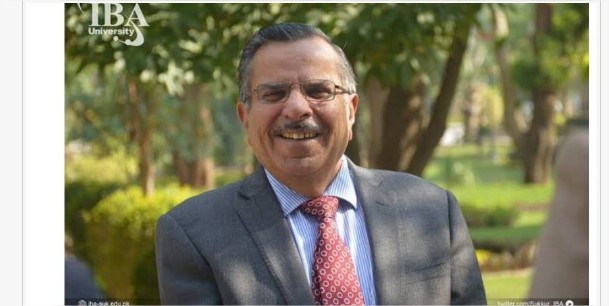 The vice-chancellor of the Institute of Business Administration in Sukkur, Nisar Ahmed Siddiqui, passed away Monday morning. He had been unwell for a while and according to reports was showing symptoms of the novel coronavirus. His first test report, however, was negative.

He had been tested for the second time but passed away before the report came out. His funeral will be held in Sukkur under virus SOPs given by the government.

Siddiqui, a former Sukkur commissioner, became the vice-chancellor of IBA Sukkur in 2004. He completed his Masters in Education from the University of Sindh, Jamshoro and then went on to serve as a civil servant.

Siddiqui was widely acknowledged for his efforts to provide low-cost but high-quality education to the youth of Sindh. The varsity is the only institute in the country where 70% of its students are studying on scholarships.

The news of his passing was met with sadness. An outpouring of love and prayers emerged on Twitter where the news broke.