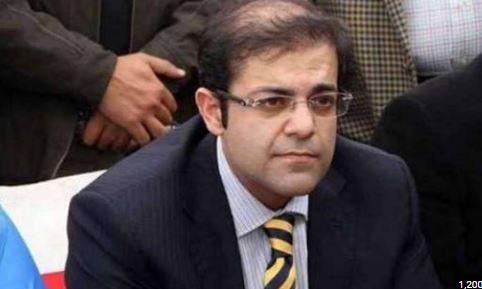 ISLAMABAD: The Islamabad High Court (IHC) on Tuesday granted protective bail to Prime Minister Shehbaz Sharif’s son Suleman for 14 days in a money laundering case registered against him by the Federal Investigation Agency (FIA) and an asset beyond means reference filed by the National Accountability Bureau (NAB).

During the hearing, Justice Farooq asked Suleman’s counsel about the court his client has to appear before.

Amjad Pervez, Suleman’s lawyer, told the IHC CJ that his client has to appear before a special judge central in Lahore.

Justice Farooq, after learning this granted the protective bail to the PM’s son and directed him to appear before the relevant court within 14 days.

In his petition before the IHC, Suleman contended that he left Pakistan in 2018 and the case was registered against him in 2020. He also shared that the FIA had not issued a call-up notice to him, adding that he was declared a proclaimed offender by the court without any action.

Later in the day, Suleman appeared before a divisional bench of IHC to seek bail in the assets beyond means case.

After hearing arguments, the bench approved a 14-day protective bail in the case and directed the accountability watchdog not to arrest him.

IHC had earlier ordered Suleman to surrender before it by December 13 and barred authorities from arresting him till then.

The court had issued the order after his client had assured the bench that Suleman would return to the country.

Following the court’s order, Suleman landed in Pakistan after spending over four years of self-exile in the United Kingdom on Sunday.

Addressing the media after the court hearing, Suleman slammed Pakistan Tehreek-e-Insaf (PTI) Chairman Imran Khan and said that his time of accountability is here.

“The time of accountability is here; we will not spare him. We will not give him any space now, he will be punished,” said Suleman.

Asking about Farah Gogi, a friend of Imran Khan’s wife who allegedly sold the watches gifted to Khan, Suleman wondered why did she run away from Pakistan.

“You had the power, you could have proven the cases,” said Suleman.

Suleman shared that a case was filed at the Pakistani government’s request, during Imran Khan’s tenure, in the United Kingdom. However, he added that the UK’s National Crime Agency found no proof of money laundering against his father.

The PM’s son asked the PTI chief to show the transaction of the money he got from selling the watches gifted by the Saudi crown prince.