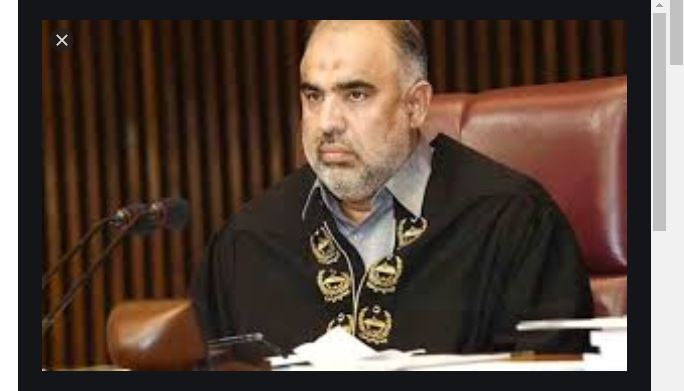 ISLAMABAD, OCT 9 – Speaker National Assembly Asad Qaiser has said that the supporting the cause of Kashmir on every regional and international forum would continue till the resolution of Kashmir dispute.  He resolved to utilize all possible channels to highlight and sensitize the world about atrocities being committed on innocent Kashmiri people in Indian Illegally occupied Jammu and Kashmir(IIOJk).

He said that Indian atrocities would not last longer and the people of Kashmir would soon get their basic right of self determination. He expressed these views while addressing the 15th anniversary of the establishment of Kashmir Orphan Relief Trust (KORT) in Mirpur Azad Jammu and Kashmir today.

Speaker NA Asad Qaiser remarked that highlighting the atrocities and violations of basic rights have always been the priority of the incumbent Government.

He said that the brutalities inflicted by Indian Army were felt by each Pakistani and each Pakistani stood shoulder by shoulder with their kashmiri brethrens. He remarked that Parliament of Pakistan had raised the Kashmir issue at all national and international forums.

The Speaker said that the incumbent Government is especially focusing on the welfare of needy and destitute. He said that establishing welfare and rehabilitation centers with the help of different welfare organizations has been his priority.  He mentioned that establishing the welfare city for orphans and street children in Alamaabad Swabi is in progress. He also resolved to continue working for the welfare of the needy and destitute in all parts of the country. He assured his all out support to  legislate  for welfare of the needy people.

Mr Asad Qaiser lauded the passion and determination of Ch. Muhammad Akhtar for his endless efforts to establish and successfully manage Orphanage House in MirpurAzad Kashmir. He said that sincerity and persistency are required to achieve goals and objectives in life . He said that the expertise of Ch. Muhammad Akhtar would be utilized to make such centers. While addressing the children of Kort, he said that they should not feel themselves homeless and hapless as every Pakistani stands with them. He advised the children to dream big and then strive hard to achieve these dreams. He also advised to children to be hard worker to achieve their dreams.