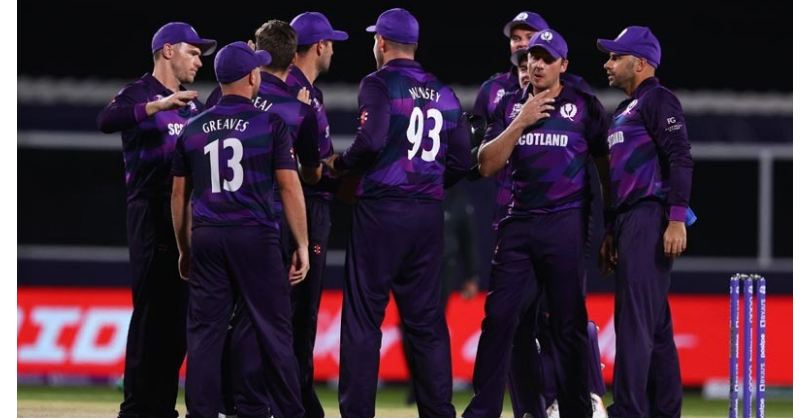 Wheal finished with figures of 3-24 in four overs, taking the crucial wicket of Bangladesh opener Liton Das, captain Mahmudullah and wicket-keeper Nurul Hasan as they fell apart in their pursuit of 141 runs, losing out by six wickets eventually.

Bangladesh were shaken early in their innings when openers Das and Soumya Sarkar departed after adding five runs each, with the team reeling at 1`8-2 in the third over.

Veteran all-rounder Shakib-al-Hasan and wicket-keeper Mushfiqur Rahim responded with some damage control before the former lost his wicket in the 11th over after scoring a slow 20 off 28 balls.

Mushfiq (38 off 36), too, was dismissed by Chris Greaves two overs after Shakib’s departure. Skipper Mahmudullah (23 off 22) and Afif Hossain (18 off 12) tried to lift the chase again, but they too couldn’t stay for long.

Mahedi Hasan’s 13 off five balls also couldn’t prove enough for Bangladesh to go over the finishing line, giving Scotland only their second win at a T20 World Cup.

The spin duo justified their captain’s decision of bowling first by taking regular wickets but Greaves gave Scotland crucial runs with his late cameo of 45 in Muscat.

Scotland tried to rebuild after losing skipper Kyle Coetzer for nought but Mahedi soon struck twice in an over to send back Matthew Cross, for 11, and opener George Munsey, for 29.

Shakib joined forces with another double strike and his wicket of Michael Leask for nought got him past Sri Lanka’s Lasith Malinga as the leading wicket-taker in T20 internationals.

Greaves, batting at number seven, hit back with four fours and two sixes in his 28-ball knock as Scotland plundered 53 runs from the last 30 deliveries.