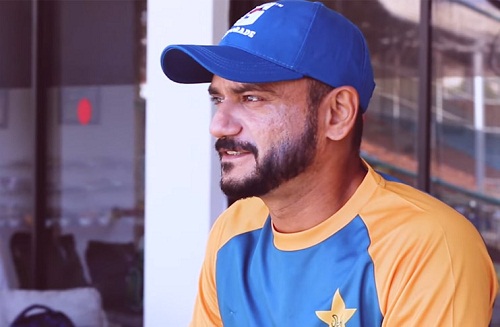 The 36-year-old Tabish said that the feeling is inexpressible as he is named in the 20-member squad. “Feelings were quite different after attending Pakistan camp as I wore training jersey for the first time,” Tabish said in a video released by the Pakistan Cricket Board (PCB).

“I remember of watching Pakistan’s Test match against West Indies from Hanif Mohammad Enclosure and now I only think that I have a chance to represent my country,” he added.

The right-arm medium pacer revealed that the team trained according to Test match conditions. “We had a high-intensity camp where everyone was on top of their work. We bowled long spells according to a Test match scenario,” he maintained.

Tabish felt amazed on working under the mentorship of bowling coach Waqar Younis. “I saw Wasim Akram and Waqar Bhai’s peak time. Today it felt like a dream come true and still couldn’t believe this that I am playing under Waqar’s mentorship,” he added.

Note, Tabish has been named for the first time in the Pakistan squad. He has 598 wickets in 19-year first-class career.